Jeff Horn Being Pressured Into Retirement Following Loss To Tszyu

Former welterweight champion Jeff Horn is being pressured into retirement by his family following his one-sided loss to undefeated upstart Tim Tszyu last month in Australia.

The 32-year-old Horn (20-3-1, 13 KOs) did not have much going for him during his eighth-round TKO loss to Tszyu (16-0, 12 KOs), and his corner stopped the fight to save the fighter from absorbing further punishment.

“[My wife] Jo has been happy for a while for me to hang up the gloves,” Horn told the Courier Mail. “She wants me to stop fighting. She hates the stress of me fighting and what I have to go through to get ready for a campaign.

“She doesn’t like watching what happened to me in the last fight, and she doesn’t want it to happen again. Look, I understand why people want me to retire and I’m hearing it from my wife and my close family members … They are saying, ‘You have done enough and you have done yourself proud, so just let it go.’” 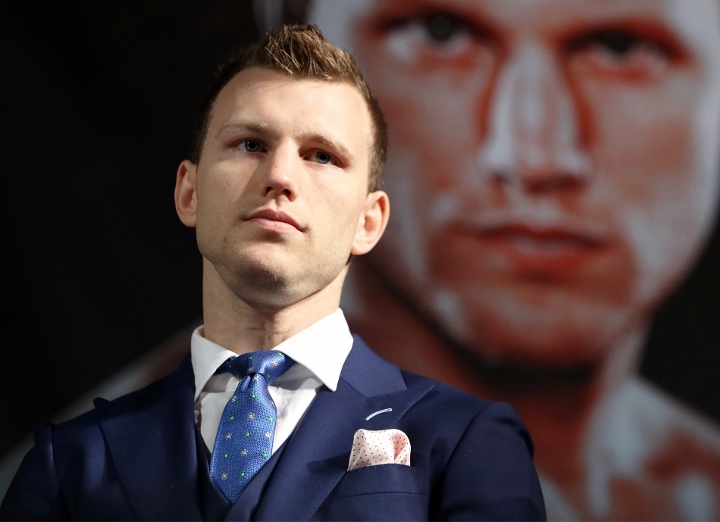 Horn, a 2012 Olympian, has been a professional since 2013 and reached the pinnacle of his career in July 2017 when he scored an upset and highly disputed unanimous-decision win over Manny Pacquiao.

The Australian is 3-3 in his last six fights, however, alternating wins and losses, including defeats to Terence Crawford in 2018 and Michael Zerafa in 2019.

The one time WBO crownholder was also down in his rematch versus Zerafa last year before bouncing back to pull off a majority decision win.

Horn now competes at 154 pounds, and he’d have to string together a series of victories to put himself back into the title picture.

Whether or not that’s a challenge The Hornet wants to take on remains to be seen.

Openly talking about retirement perhaps offers a clue that Horn is already considering the next chapter of his life outside of boxing.

Guys like Jeff can't be at their best unless they can sleep in their own bed during training camp :lol1:

[QUOTE=BodyBagz;20767689]Let's be clear - You are declaring Jeff to end up with the better legacy ?[/QUOTE] I'm declaring that Jeff Horn even in loss has a respectable resume - more than I can say about Crawford - and ultimately, we…

Horn should have followed floyd footsteps after his gift win with pac he should have fought andre berto level opponent and retired.