Jayson Velez Reflects: I Beat Arboleda, The Public Knows It

Super featherweight contender Jayson Velez is aware of how tough his recent fight was with Jaime Arboleda - but despite how tough and complicated Velez believes that he was deserving the victory.

“I started the first three rounds well but from the fourth to the seventh round the fight got a little complicated because Arboleda made adjustments. By the eight I recovered but until the tenth the fight was close, rounds were close and could have gone anywhere," Velez said to Contragolpeo

"From the first round to the third - I won, from the fourth to the ninth round - they were close both for him and for me, but I believe that I won the tenth, eleventh and twelfth. I sent him to the canvas, not to mention that I hurt him another time and the referee didn’t count the knockdown.

"I could have been given a draw but with the knockdown I should have won the fight, the judges did not see that but the public is the boss and they left satisfied." 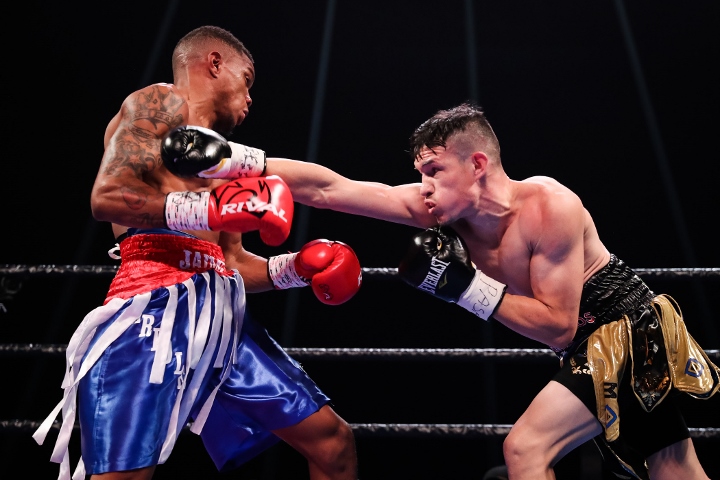 Velez, of Juncos in Puerto Rico, indicated that he was satisfied with his performance.

"I felt like a winner and the public's love confirmed it," Velez said.

“The weight affected me a little, in the final weeks I found it difficult. In the last week I do not know what happened to stagnate me. I ate well, healthy, trained, there are no excuses and now I have to make adjustments and come back strong.

"I'm 32 years old but I feel that instead of deteriorating I'm better. In round eleven my coach tells me that the fight is close, so in the twelfth I came out out to define the fight knowing that he's the favorite and I knew that I had to close the fight strong, tried to finish him off after the knockdown but I could not and that's a credit to Arboleda."

Velez always comes to fight, but he keeps getting ripped off...I feel he should've won the fight.