Less than two weeks ago, the handlers for WBA super featherweight champion Gervonta Davis found themselves in a serious scramble - when their opponent Abner Mares withdrew with a detached retina.

The eventual replacement was former world champion Hugo Ruiz, who Davis blew away in a single round last Saturday night in Carson, California.

The first boxer who claims to have received an offer to step in for Mares, was world title challenger Jayson Velez. 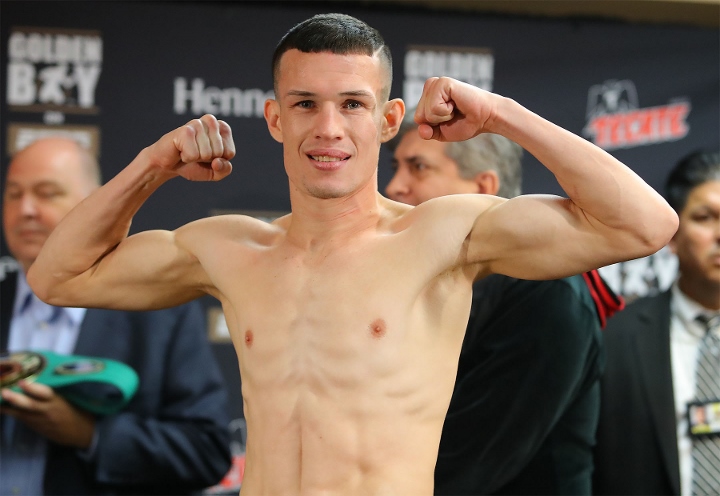 Velez, unlike Ruiz, is a full-fledged super featherweight and knocked out Orlando Cruz in two rounds back in September.

And despite the losses on his record, the 30-year-old Velez has never been stopped as a professional.

Velez, who has a record of 25-7-1 and 19 knockouts, had no problem with the money and he would have liked to face a world champion like Davis in a Showtime televised bout.

But he declined the offer because he did not have enough time to prepare.

After he declined, Ruiz stepped in. And after losing, Ruiz admitted that Davis was just too big and way too strong at the super featherweight limit of 130-pounds.

"They offered me the fight and I want to fight with him, but it has to be on equal footing," said Velez, who was ranked 13th by the WBA and twelfth by the IBF at 130 pounds, to reporter Jorge Perez.

"One week is not enough to create a strategy and preparation for an elite opponent such as Gervonta. That's why I did not accept it. Of course I'm interested in making money in this sport, but I do not fight primarily for the money and my career is not for sale. Whoever beats me, or whoever wins, everything has to be on even terms."

Velez even acknowledges that the money was right. One week was simply not enough time to prepare. Getting a top flight opponent on such short notice was going to be very difficult. You guys blaming Tank for this are out…

As always, Team Davis wanted to fight on an advantage. Smh