Jay Harris vs. Marcel Braithwaite on October 18 in Wakefield

MTK Global has announced the details of the next two MTK Fight Nights taking place later this year.

Following a run of three shows throughout the summer, MTK Fight Night will return to Production Park Studios in Wakefield for two massive events, live in the US on ESPN+ in association with Top Rank, and worldwide on IFL TV.

On Sunday 18 October, a fantastic clash of unbeaten fighters will take place, as world-ranked Michael McKinson (18-0, 2 KOs) goes up against the dangerous Martin Harkin (13-0, 5 KOs) in a welterweight contest.

In the co-main event, recent world title challenger Jay Harris (17-1, 9 KOs) looks to build on the fantastic showing he produced against Julio Cesar Martinez, when he defends his Commonwealth flyweight title in a brilliant match-up against Marcel Braithwaite (9-2). 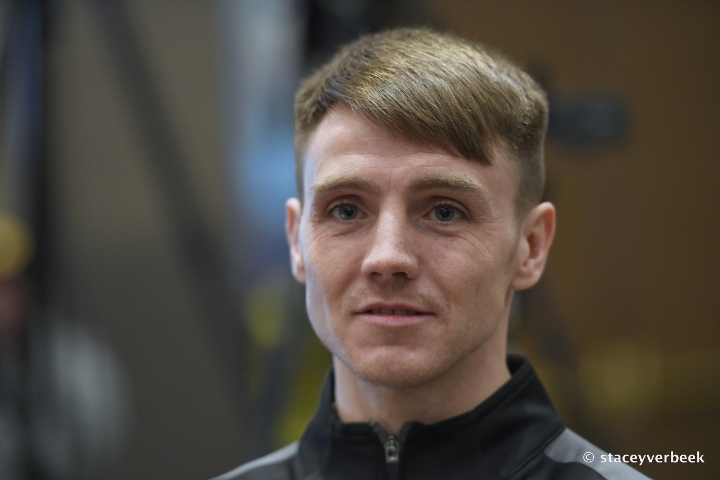 Rounding up the bill in October are the highly-anticipated professional debuts of two amateur sensations, as Jordan Reynolds and Paul McCullagh both enter the paid ranks, with opponents to be announced for those two respective fights.

Another star-studded card will then take place on Wednesday 11 November, and is headlined by an incredible showdown, as British and Commonwealth bantamweight king Lee McGregor (9-0, 7 KOs) challenges Karim Guerfi (29-4, 9 KOs) for his European bantamweight title.

Highly-rated Kazakhstan superstar Tursynbay Kulakhmet (1-0, 1 KO) will fight in the UK for the first time at the event, following a terrific performance in his debut last month.

Rising stars Inder Bassi (2-0) and Jack Martin (3-0) will collide with each other, plus highly-rated Hassan Azim makes his professional debut.

“In October we have a double-header main event, with Michael McKinson fighting Michael Harkin and Jay Harris taking on Marcel Braithwaite. Those are two great fights and then there is a brilliant undercard too.

“In November we then have Karim Guerfi against Lee McGregor for the EBU bantamweight title. It’s a massive fight for both boxers, and there is a stacked undercard on that show as well.

“We have Tursynbay Kulakhmet making his UK debut, and we’re looking to secure a proper fight for him as he wants to make a statement.

“It’s two really good shows, so we’re looking forward to being back and continuing our tradition of 50-50 fights all the way through the cards.”

Harris and Martinez put on the FOY so far in 2020. Hope to continue seeing Jay Harris on the bill as he climbs his way back to another title shot.

[QUOTE=Mammoth;20765893]Jay Harris earned my respect. Dude is bad ass.[/QUOTE] Agreed I really can't understand why the BBBofC have treated him so badly, all said & done he should have a Lonsdale belt outright by now, but as it stands he…