Javier Molina has promised to pull off a big shocker when he faces former two division world champion Jose Pedraza.

Both were 2008 Olympians in Beijing, with Molina representing the United States and Pedraza fighting for Puerto Rico. As professionals, Pedraza has won world titles at junior lightweight and lightweight, while Molina has taken a more circuitous route to a main event. 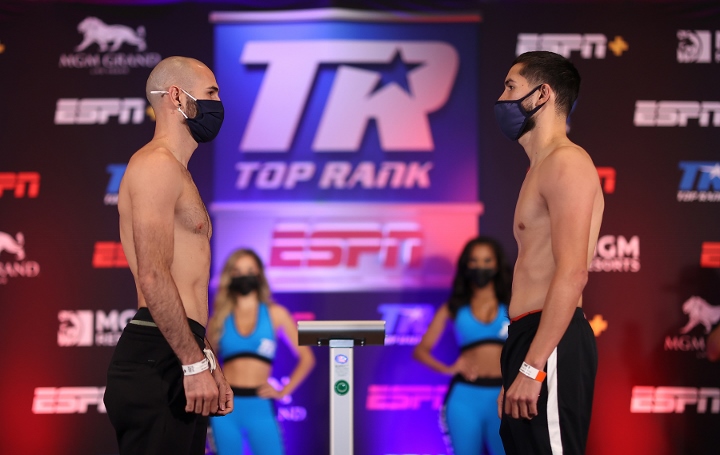 Pedraza and Molina will square off in the 10-round headliner Saturday evening from the MGM Grand “Bubble” (ESPN+, 7:30 p.m. ET), with the winner positioned for a potential world title opportunity.

Pedraza is a little more than two months removed from a lopsided decision win over Mikkel LesPierre, while Molina has won four fights since signing with Top Rank in early 2019.

Following an upset win over Amir Imam on the Deontay Wilder-Tyson Fury II undercard, he now faces the most accomplished fighter of his 11-year pro career.

“By beating Pedraza, I put myself in a good position to challenge for a world title. I know that a victory against a great name like Pedraza will bring me closer to that opportunity to become a champion. We have answers for anything he brings. I can adapt to whatever he does the ring. If he wants to brawl, we're going to brawl, and if I have to box and move around, that’s what I will do to win the fight.

“Pedraza looked good against LesPierre, but I'm not LesPierre. He is flatfooted and I’m not. We have been studying all his recent fights and my game plan is similar to what Lomachenko and Zepeda did against him. If they think I’m going to be outgunned this Saturday, they are in for a big surprise.”