Javier Gonzalez Passes Away Due To Cancer at 21-Years-Old

Mexican boxing is in mourning. A boxer that many in country felt would be a future superstar in the sport, Javier González (Javier Alejandro Gonzalez Barrientos), passed away on Monday at the young age of 21.

In June of last year, "Rusito" González had an invasive cancer detected in the lymph nodes in his neck and groin. He was fighting the cancer for a year like a warrior. However, on Monday he lost the battle.

As an amateur, the Torreon native had 180 fights and won three gold medals on the national level. 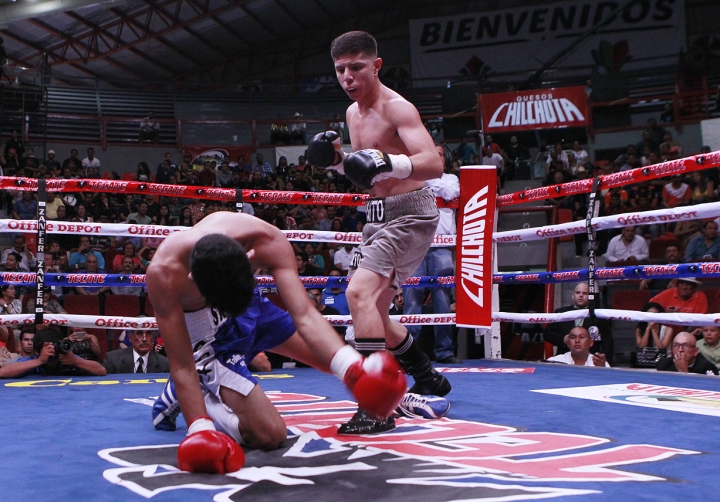 He made his professional boxing debut on December 5, 2015 under the promotional leadership of Fernando Beltrán's Promociones Zanfer, and from that first fight he showed his potential and talent. By unanimous decision, he defeated Israel Rodríguez Picazo , who was 3-0.

In his fourth fight he knocked out an opponent with 15 fights in professional boxing in the first round, Angel Arcadio.

In February 2017, he achieved a victory that put his career on the road to stardom, knocking out Edwin Palomares in the fourth round. Two weeks ago, on June 20, Palomares pulled off a shocker when he stopped Carlos "Chinito" Ornelas. In June of 2017, Gonzalez would finish Alejandro René Frías in the fourth round.

In his last fight, on April 13, 2019 at the Arena Monterrey, he surpassed Rodrigo Saúl González by unanimous decision in six rounds and set his record to 15-0, with 11 of those wins by knockout. That fight took place on the undercard of Javier Munguia's controversial win over Dennis Hogan.

"Rusito" González will be remembered for his explosiveness, physical strength, as well as for his combativeness both inside and outside the ring.

[QUOTE=ThunderFists;20635372]People be grateful for your life, health and family/friends. I was in hospital 3 days ago in A&E i had pain in my heart area, pain in my neck , jaw , back of the head, heart beating fast, i…

Terribly sad. Rest In Peace, Javier. May God keep you.