Javier Fortuna is finally ready to begin his journey towards a title in a third weight division.

The Dominican southpaw was masterful in a two-round destruction of former featherweight titlist Jesus Cuellar in their FS1-televised co-feature attraction Saturday evening at MGM National Harbor  in Oxon Hill, Maryland.

Two knockdowns paved the way for the early night, with Cuellar never fully recovering from his second trip to the canvas as an ensuing flurry ended the bout at 2:01 of round two. 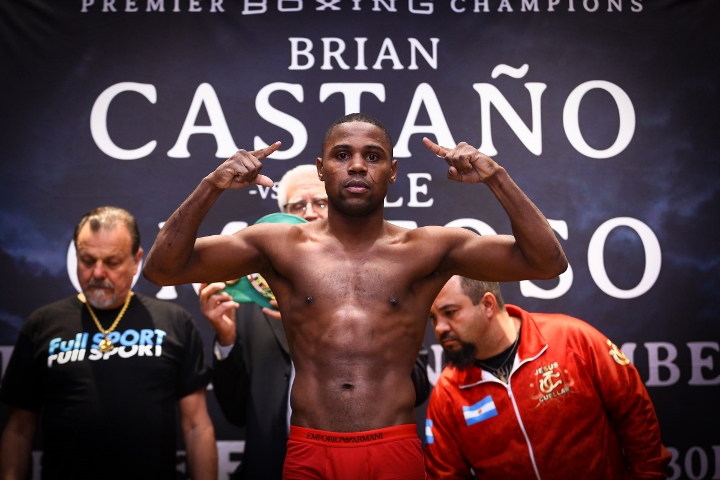 Fortuna—a Dominican born former titlist at 126 and 130 who now trains out of the greater Boston area—hasn't enjoyed the best of times in life beyond the junior lightweight division, where his last title run didn't exactly end on a high note. A knockout loss to Jason Sosa in June 2016 ultimately drove him to lightweight and beyond, though experiencing mixed results at the heavier weight.

It all came together versus Argentina's Cuellar (29-4), who was outgunned from the opening bell and offering little resistance in the condensed affair. Fortuna took full advantage of the open invitation inside, landing 50 of 135 punches on the night.

Among that tally was a right hook which sent Cuellar crashing to the canvas near the end of round one. Cuellar beat the count, but found himself quickly under siege as Fortuna sought to end the fight right then and there. An ensuing flurry was disrupted by the bell, though hardly dispelling his enthusiasm or momentum.

Cuellar found himself back on the canvas in round  two, as Fortuna flicked a right hand before planting his feet and connecting with a straight left to produce the second knockdown on the night. Once again, Cuellar beat the count but this time with far too much time left on the clock. Fortuna kept throwing punches until it was clear that his opponent was defenseless.

The bout served as the chief support to a junior middleweight main event between former titlist Brian Castaño (15-0-1, 11KOs) and Wale Omotoso (28-4, 22KOs).

[QUOTE=illpapi;20161344]Wow, honestly I never saw that coming. I am a Fortuna fan but thought that he might lose this fight.[/QUOTE] its posts like this that make me think i am not trolling well enough. can someone seriously say this? im…

Wow, honestly I never saw that coming. I am a Fortuna fan but thought that he might lose this fight.

this can't be the same cuellar who tank davis fought for a title. that guy was amazing