As BoxingScene.com reported a few weeks ago, the WBA has ordered a rematch between Hurd and former champion Erislandy Lara.

Hurd scored a knockdown in the twelfth and final round to unseat Lara April 7 at the Hard Rock Hotel & Casino in Las Vegas. The knockdown was the difference on the official scorecards and gave Hurd the split decision win to unify his two world titles. 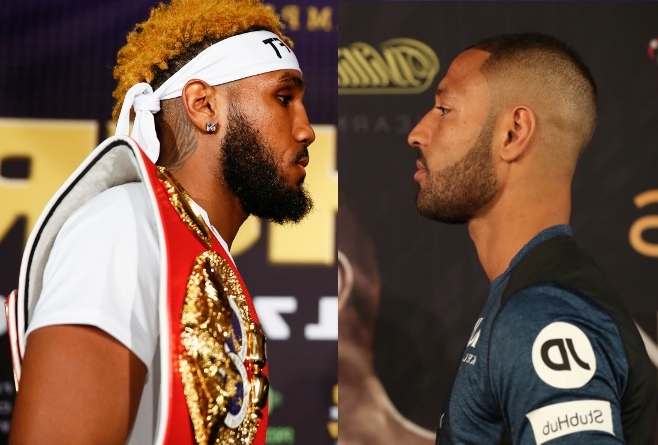 He wants to face fresh blood.

"I don't want a rematch," Hurd said to ESPN. "I don't know how long I can hold the weight class. I'm trying to become undisputed champ and I feel like I just beat you so that's going backwards."

And one of the names at the top of his list - is Sheffield star and former world champion Kell Brook.

It remain to be seen if Brook actually takes that fight - as he's pursuing a showdown with domestic rival Amir Khan.

And Hurd won't be traveling over to the UK to make the fight happen. Brook will have to come to the United States.

"I'm the champion. He would have to come to me," Hurd said.

I like that fight. He has a big name also. But I also think Khan is an easier fight for him because Khan is really a 147-pounder and I'm a huge 154-pounder, but we'll see. Right now Kell Brook is kind of wanting the fight with Amir Khan so if he doesn't take the fight with me, I'll fight one of my mandatories or whoever."

[QUOTE=bboy80;18822791]Brook is, his eyes aren't.[/QUOTE] Khan and Brook a couple of irrelevant broken Brits providing paydays and collecting paydays.

Lara has skill but no power bad matchup. Needs to fight Munguia after Munguia has 2 more fights.

He can lose at 154 and he will get pity excuse not at 147. See what happened to him vs Spence. The guy ruined himself fighting a larger GGG. A BS move by GGG.

[QUOTE=WhatDisButtonDo;18812549]Hurd would force Canelo to fight..and with his stamina it would be a pounding I believe. If Someone with good stamina and some of the best footwork can't avoid Hurd, than neither can Canelo.[/QUOTE] Hurd is not a great fighter…