Earlier this month, the 23-year-old Ennis picked up his 26th victory with a dominating knockout of Juan Carlos Abreu, who had never been stopped in his career.

Dunkin has been the manager of many top talents over the years - including Timothy Bradley, Nonito Donaire, Kelly Pavlik, Jessie Vargas, James Kirkland, current three division champion Terence Crawford, and many others. 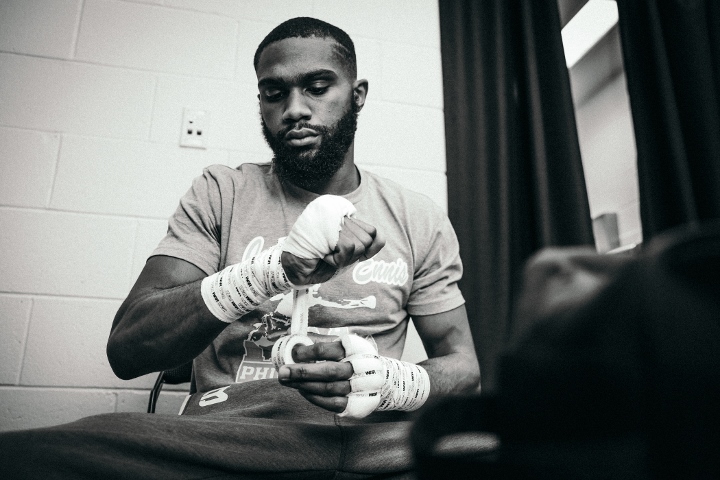 Dunkin is having a very hard time getting Ennis the right opponents. He says the tops names view Ennis as too much of a threat to face him.

At the moment, Ennis presents ways too much risk and not enough reward to secure the top names at welterweight.

"No they're not going to welcome him," Dunkin told Sky Sports.

"I've talked with everybody and they all pretty much say the same thing: 'Jaron is new, nobody knows who he is. If I'm going to put my guy in with somebody, I want to put him in with a name, if I'm going to take a chance on losing.' These people aren't stupid. They know a pound-for-pound guy and they know that he may be the best welterweight in the world, which I think he is.

"I had Crawford for 20 something fights, so I know him very well. I know all these guys. I think Jaron, who is barely 23-years-old, is going to be tremendous, a great fighter. Pound-for-pound the best in the world, I really believe it. Terence, when I signed him, he was a tremendous 135-pounder. He was little and we grew him into a welterweight. Boots is a fully-fledged welterweight, who is much bigger, stronger, faster and hits harder.

[QUOTE=Sid-Knee;20826574]Yeah, it was a good fight. I enjoyed it. And with Loma being a pretty big favourite with most, Lopez getting it shook up boxing. But favourites have been getting beat for most of the year after coming back after…

[QUOTE=Topdogggbm;20826494]I love poking the bull! I won't argue with you that it wasn't an amazing fight. And Teo didn't look out of this world or anything. Tough kid, tough fight. Give both fighters respect. Was great for the sport that…

[QUOTE=Sid-Knee;20826394]I thought you were going to leave it? Came back to say something else ridiculous? Sorry, but i put £400 on Lopez to win. Just can't go and get my winnings due to the bookies in my area being closed…

[QUOTE=Topdogggbm;20824603]Loma losing made me think of you! Just saying! I guess Lopez is just another hype job too huh? Your "across the pond" theory just took a ****[/QUOTE] I thought you were going to leave it? Came back to say…

[QUOTE=Sid-Knee;20797800]Knowledge doesn't come with how many posts you make or don't make. You either have or you don't. Nothing worse than arrogance to go with that lack of knowledge filled with the usual and typical nonsense many on this site…