They were supposed to fight April 11 in Minneapolis for the WBA interim welterweight title, but the COVID-19 pandemic caused nearly a five-month postponement. The site for their 12-round, 147-pound FOX main event was switched to Microsoft Theater in Los Angeles because fans still cannot attend sporting events in the United States.

“It would’ve been nice to have been able to fight in my hometown,” James said during a conference call Thursday. “But I wouldn’t really say I’m disappointed. I’m really more blessed and happy to be able to get back in the ring at all. You know what I mean? When it got postponed and the pandemic really hit like that, I had no idea when I’d be back in the ring or anything like that. So, with so much people, you know, out of work and unable to do things, I’m just glad to have this opportunity, man, and I’m gonna make the most of it.” 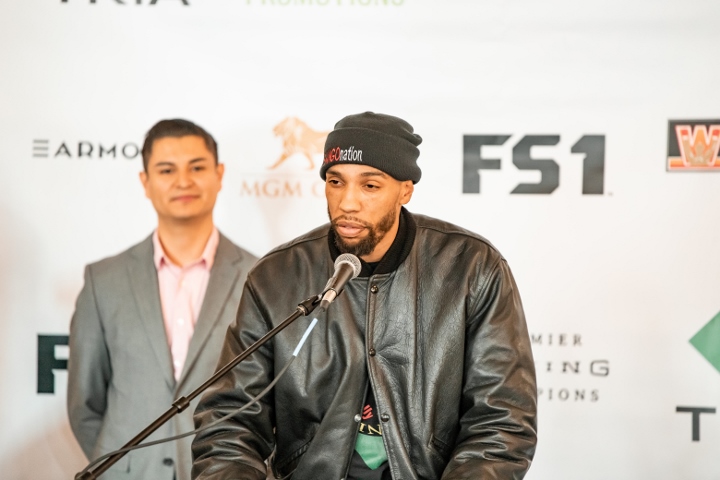 Each of James’ past four fights have been held at The Armory in Minneapolis. He has developed a loyal fan base in his hometown, but like most fighters, James will approach competing in an empty venue as if his fight with Dulorme were a sparring session.

“Like I’ve said in other interviews, man, you know, when you’re in the ring and those punches start flying, man, your main focus is on your opponent and trying to hear what your corner is saying,” James said. “You know what I mean? So, you really don’t even hear the crowd too much. It’s like white noise. You’ll hear the crowd if like you’re just totally dominating a fight. You’re more relaxed in there. Then you can hear people shouting stuff and oohs and aahs.

“At least for myself, I really zone in. So, having no crowd in there, I don’t think it’s truly gonna affect me as much. I think it’ll allow me to kinda be able to hear my corner better and allow me to be able to zone in a lot more on what I’m trying to do. But, you know, we’ll see Saturday, I guess.”

FOX will air two bouts before James-Dulorme on Saturday night.