With his new management team (Davies Entertainment), local Austin knockout artist James Kirkland (32-2, 28KO) returns from a 4-year absence following a defeat to pound-for-pound fighter Saul"Canelo" Alvarez. Kirkland has been one of boxing's most explosive fighters with knockout wins over Brian Vera, Joel Julio, Alfredo Angulo, and Glen Tapia. This fight marks the 18th anniversary of his pro debut in 2001. Kirkland looks to make one final run toward a championship taking on upset-minded Missouri brawler Colby Courter (13-14, 10KO) in a six round Middleweight bout. 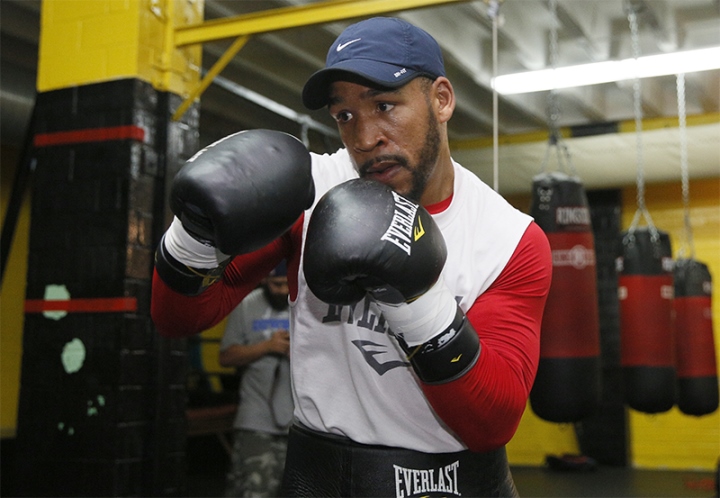 In the Co-main event, the American Boxing Federation USA Welterweight title is up for grabs when San Antonio's Daniel Baiz (13-1, 5KO) takes on Waco's upset specialist Marquis Hawthorne (7-11, 1KO) in an eight round welterweight contest. Hawthorne has wins over four undefeated fighters while fighting some of the nation's up and coming talent. Baiz comes in looking to build on his 6-fight winning streak and attempt to pick up his first title in his 5-year career.

About the Frank Erwin Center:
Located in the heart of downtown Austin, the Frank Erwin Center has served Central Texans with the best in live entertainment, including concerts, theatrical performances, family shows and sporting events since 1977. The multi-purpose facility, which celebrated its 40th Anniversary in November 2017, is owned and operated by The University of Texas at Austin and serves as the home court for the Texas Longhorns Men's and Women's basketball teams.

[QUOTE=PunchyPotorff;19993533]Unless Anne Wolfe trains him, I have serious doubts. He ditched her several times because he said she worked him too hard in training. He's kind of a loose cannon, gun charges, lack of dedication in important fights. IMO the…

[QUOTE=Boxing lives;19992811]Kirkland still has plenty left in the tank. He's a beast. He hasn't been consistent in his career and that caught up to him in the Canelo fight. He is a great fighter and needs to give this run…

Kirkland still has plenty left in the tank. He's a beast. He hasn't been consistent in his career and that caught up to him in the Canelo fight. He is a great fighter and needs to give this run his…

[QUOTE=I'm Widdit!;19990926]Kirkland with Anne Wolfe wouldn’t make a difference. HBO created that cliche line of him being without her etc... lol. Never knew why fans and HBO were bigger fans of her than Kirkland. Kirkland never had a strong chin…