With the victory, Kirkland improves to 34-2, 30 knockouts.

Kirkland, best known for his HBO run and his brawl with Canelo Alvarez before getting knocked out in May of 2015, returned to the ring from a four-year absence to knock out Colby Courter on Aug. 24 in his hometown of Austin, Texas. The 35-year-old was facing a fighter in Phipps, who was coming off a majority-decision loss to Edward Ortiz on the same Austin fight card. 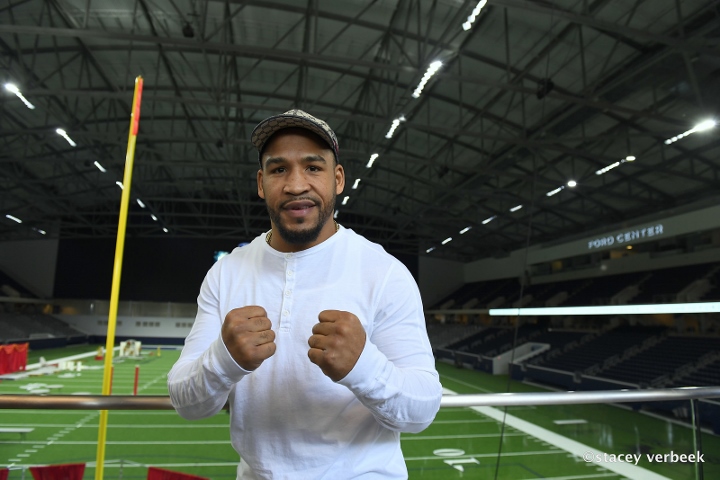 From the opening bell, Kirkland was the aggressor, putting Phipps on the defensive. Phipps was game, attempting to counter the southpaw Kirkland with two-punch combinations to the head.

Kirkland continued to walk Phipps down, closing the distance and throwing and landing multiple combinations, doing his work as he had Phipps against the ropes. During one exchange against the ropes, Kirkland landed a combination that dropped Phipps to the canvas. Phipps got back up, but looked in no condition to continue, prompting a referee’s stoppage near the end of the round.

[QUOTE=ShaneMosleySr;20183637]Kirkland vs. Munguia please.[/QUOTE] I'd like to see that one

[QUOTE=mlac;20183864]I was going to say it would be fun to watch his final hurrah run if he was to just go in there and use the Rakhim Chakhkiev gameplan, i.e literally empty the entire gastank in the first 3 rounds…

Sometimes it comes down to getting your life in order before you can do the same for your career. I hope he did it in that order.

I hope he's back with Anne. He's a different fighter with her. He's a diehard with her. He fights like Anne is his momma and the other fighter call her a funky **** hoe. From the jump hes trying to…