James: Dulorme Has Fought Tough Opposition But So Have I

Jamal James appreciates the ring résumé of Thomas Dulorme but prefers to concentrate more on what he sees in the ring than on paper.

What he’s witnessed so far is hardly unique to what the welterweight contender himself has already experienced.

“He’s a good strong fighter. I see how he throws nice punches, nice combinations,” James (26-1, 12KOs) said of Dulorme during a recent media conference call to discuss their upcoming interim welterweight title fight. “Nothing necessarily that jumps out as a fighter that something that he like to do more than others.

“He has his tricks he likes to use but I have mine too. That’s what makes fighting so fun. You put those two against each other and you see which will prevail.” 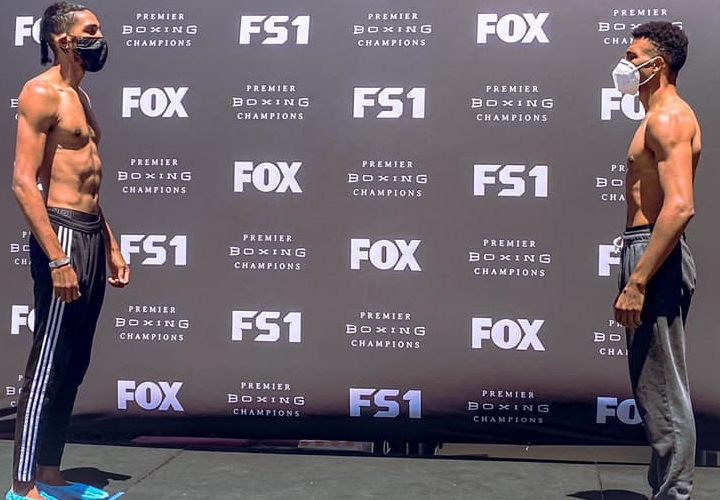 The proof will come when they collide in the return of Premier Boxing Champions (PBC) on Fox live from a crowdless Microsoft Theater in Los Angeles (Saturday, Fox, 8:00pm ET/5:00pm PT). The bout comes nearly four months after they were due to meet in James’ hometown of Minneapolis, only for the event to get shut down due to the ongoing coronavirus pandemic.

James enters riding a six-fight win streak including a 10-round win over Antonio DeMarco in their non-stop thriller last July. The lone loss of his career came in an August 2018 decision defeat to Yordenis Ugas, a fight which he accepted on short notice and just four weeks after a grueling 10-round win over Wale Omotoso.

Dulorme fell short versus Ugas one year later, dropping a heartbreaking 10-round decision in their August 2017 Fox-televised main event preceding the final fight in the historic career of Floyd Mayweather. The 30-year old Puerto Rico-bred welterweight has since been held to a 12-round draw with former two-division titlist Jessie Vargas in October 2018 before outpointing previously unbeaten Terrel Williams last September.

Saturday will mark the second title fight of sorts for Dulorme, given the interim trinket at stake. His lone challenge of a real belt resulted in a 6th round stoppage loss to unbeaten Terence Crawford in their April 2105 vacant 140-pound title fight.

While it stands to reason that Dulorme has faced more notable foes, winning has to matter at some point. Not that James feels his own road traveled to this point hasn’t sufficiently prepared him for what awaits him on Saturday.

“He’s fought tough opposition, but so have I,” insists James. “You want to say higher level or not. He’s fought guys that might have little bigger names, you know, that’s what he’s talking about.

“But at the end of the day, we get in there on Saturday and we’ll find out who’s got the best skills. That’s what it will come down to.”