Jamal James’ fifth straight fight in his hometown will be more meaningful than the previous four.

BoxingScene.com has learned that James will battle Thomas Dulorme for the WBA’s interim welterweight title April 11 at The Armory in Minneapolis. James has won four fights in a row at The Armory dating back to April 2018.

FOX is expected to televise James-Dulorme as the main event of a multi-bout broadcast.

James (26-1, 12 KOs) and Dulorme (25-3-1, 16 KOs), a Las Vegas resident raised in Puerto Rico, each will fight for a welterweight title for the first time. Dulorme lost to Terence Crawford by sixth-round technical knockout when they fought for the WBO junior welterweight title in April 2015 at College Park Center in Arlington, Texas. 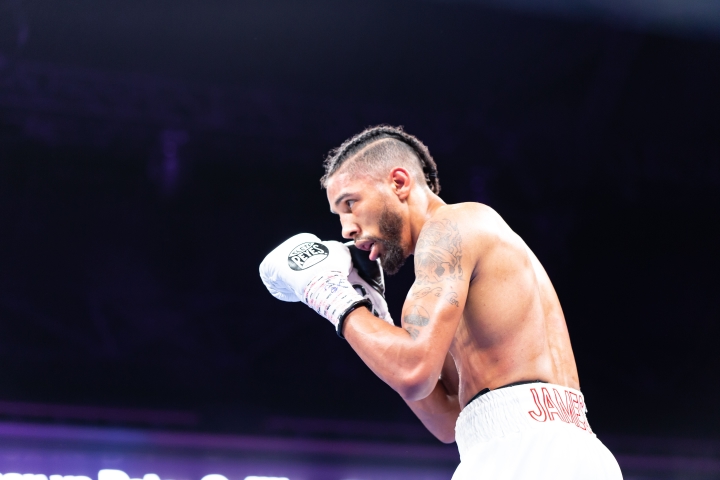 James, 31, is ranked number five among the WBA’s welterweight contenders. Dulorme, 29, is rated 10th by the WBA.

The Philippines’ Manny Pacquiao is the WBA’s “super” welterweight champion after defeating previously unbeaten Keith Thurman by split decision July 20 at MGM Grand Garden Arena in Las Vegas. Russia’s Alexander Besputin won the WBA’s “world” welterweight title in his last fight, but according to The Athletic’s Mike Coppinger, Besputin tested positive for a banned substance following his 12-round, unanimous-decision defeat of Radzhab Butaev on November 30 at Casino de Monte Carlo in Monte Carlo.

James has won six straight fights since suffering his only professional loss, a 10-round unanimous decision to Cuban contender Yordenis Ugas in August 2016 at Turning Stone Resort Casino in Verona, New York. Dulorme lost a 10-round unanimous decision to Ugas, too, but their fight was much more competitive on the Floyd Mayweather-Conor McGregor undercard in August 2017 at T-Mobile Arena in Las Vegas.

Since losing to Ugas, Dulorme has boxed Jessie Vargas to a 12-round majority draw and out-pointed Terrel Williams in a 10-rounder September 21 at Rabobank Theater in Bakersfield, California.

A good match stylistically believe it or not, I'm OK with this one but WBA pulling Belts out of their ASSES once again

Typical Haymon coward move. This s**t is being made for the WBA interim, because the intention is to simply elevate the winner instead of fighting the V. Ortiz-Butaev(the two guys that should be fighting for it) winner, which would guarantee…