Jamel Herring (20-2) has known for quite a while that he will be facing his mandatory challenger Lamont Roach (19-0-1) in his next fight.  A few weeks ago the November 9th fight that will be streamed live on ESPN+ was finally made official.

The 33-year-old said that it is always nice to know that a fight is 100% set and that it helps him focus for what will be the first defense of his WBO super featherweight title.

“It’s crazy. Even as a fighter when you know ahead of time but when they put it out there to the mass public like it was today - now it’s definitely set in stone and we can focus on that date and go to work,” said Herring. 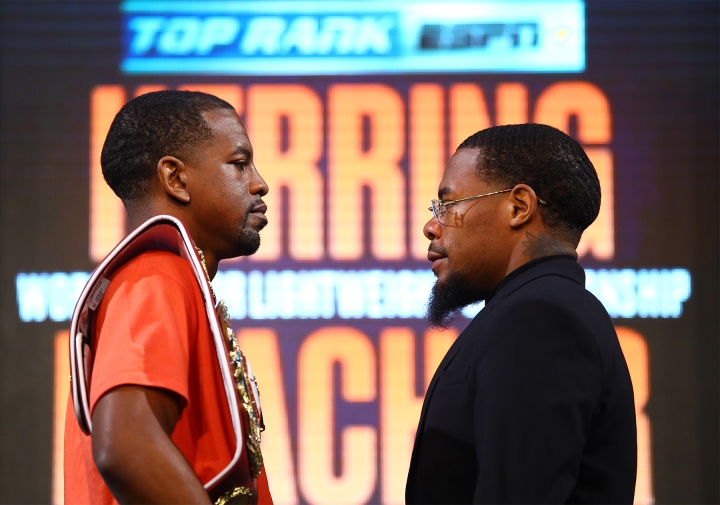 As for his opponent, Herring has a lot of respect for Roach.  He believes he is a good fighter but is very motivated to win in style and move on to bigger and better things.

“I like Lamont. I have known him for over a decade. There is no animosity. There is nothing personal. It’s just business. I have to do what I gotta do to in order to keep my title because at the end of the day I want to continue to be champion and I want the bigger fights,” Herring explained.

The two fighters are on friendly terms but they do have a history.  Herring declined to speak very much about their sparring sessions but revealed that he definitely had the upper hand.

“I sparred him before,” “I am not going to talk about sparring of course. I think I did more than okay but like I said that was more than a couple of years ago and I can’t bank anything off of that,” Herring told BoxingScene.com.

The sparring session was a few years ago when they were both still in the early stages of their respective careers.  Herring believes they are both much better than they were that day.

“There is more on the line these days and sometimes fighters go to a whole other level. So I still gotta be at my best and I can’t really focus too much on what he is going to do but I have to be at my best and not underestimate anybody in there," Herring said.

Bore you to death! Herring is the champ and probably the favorite since he’s going to ride that veteran status to another war break out. I looking forward to hearing the results but I have something better I could do…