Yours truly was a special guest on Monday's edition of ATG Radio that featured up and coming welterweight Jamal James (22-1). The 29-year-old made a statement in his last fight when he stopped the normally durable and always tough Diego Chaves on December 15th in California.

James said that the game plan was to use his height and reach advantage to keep the shorter Chaves from getting inside where his tactics haven't always been of the legal variety.

"We trained real hard for this fight. We knew he was coming to pull the upset. We know he's a strong fighter and can fight a little dirty at times but we just stuck to the game plan and my height and reach can be a problem for a lot of guys in my weight class. i was able to keep him in on the outside and he was jumping in reaching and I was trying to catch him," James told BoxingScene.com. 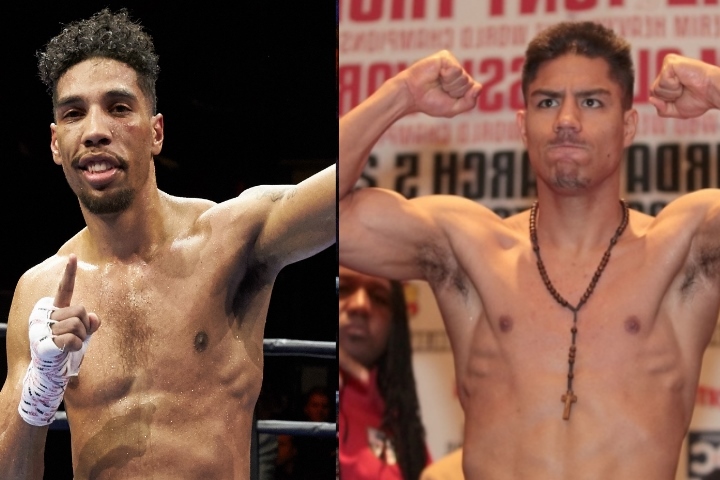 With the fight only going three rounds, James is hopeful that he will be able to get back in the ring in the very near future.

"Hopefully very soon, I made a lot of noise with Chavez and now they are looking at me as more of a contender than a prospect. hopefully i can be back in the ring in a month or two. I am already back in the gym," James explained.

As for possible opponents, James said that he his open  to facing Jessie Vargas who recently signed on with PBC.  Vargas made his PBC debut in the main event of the same card and won a dominant decision over Aaron Herrera.

Vargas is in the running to face WBC/WBA welterweight champion Keith Thurman but if the fight doesn't come to fruition James is definitely interested.

"Yeah most definitely. Jessie Vargas did a pretty good job. He was in an aggressive role and truthfully I was moving around a lot after the fight so I wasn't able to see it all but I watched the tape after and he had some nice combinations. I am in the mindset now where I will jump in the ring with anyone if the business makes sense," revealed James.

good fight,vargas get a tough win if they fight

Good pick em fight with the slight edge to Jessie.