Jamal James made the most impressive statement of his seven-year career Friday night.

James joined unbeaten welterweight champion Keith Thurman as the only fighters to knock out rugged Argentinean contender Diego Chaves by beating him in the third round of a 147-pound bout. Their scheduled 10-round welterweight fight was part of FS1’s four-fight broadcast from Pioneer Event Center in Lancaster, California.

James-Chaves was a very competitive bout for two-plus rounds before James landed multiple overhand right hands to Chaves’ head and a left hook to the body that temporarily paralyzed his opponent on the canvas. Chaves tried to get up, but couldn’t reach his feet before referee Tom Taylor reached the count of 10 at 2:12 of the third round. 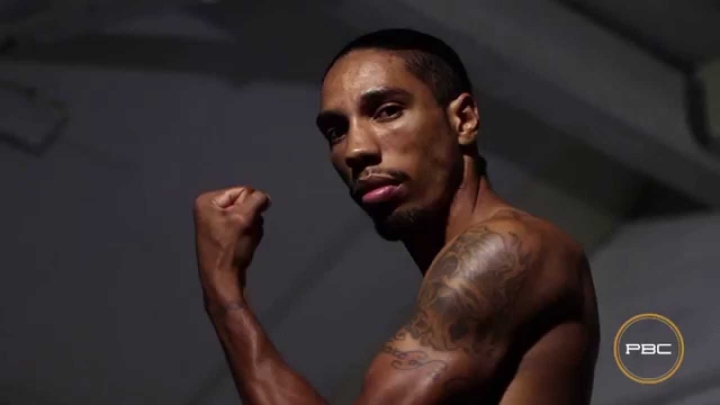 The 6-feet-2 James, of Minneapolis, Minnesota, improved to 22-1 and recorded his 10th knockout. The 29-year-old James hadn’t knocked out any of previous six opponents.

James has now won back-to-back bouts after losing for the first time as a pro. That defeat came against Cuba’s Yordenis Ugas, who beat James by unanimous decision in their 10-rounder 16 months ago in Birmingham, Alabama.

James bounced back from the loss to Ugas to out-point Jo Jo Dan by unanimous decision in another 10-round bout July 15 in Uniondale, New York.

James will certainly be ranked higher with such a notable win. If he continues to win, I see him fighting the top guys in the division very soon.

[QUOTE=JakeTheBoxer;18338565]Nice win, Chaves is done, I guess.[/QUOTE] i guess so too. i mean, james has like 9 KOs. it was his opportunity to make some noice and didn't took advantage of it

Awesome! A fighter who does not have the luxury of cherry picking. He takes the fighst as they are presented to him. Hope it pays of in a big money fight. He has paid his dues and then some.