Jake Paul is now the winningest fighter in YouTube history.

The online celebrity picked up his second knockout win in as many pro fights, the latest coming in a 2nd round flattening of former NBA star Nate Robinson. Paul scored three knockdowns, the last of the three putting Seattle’s Robinson down face-first and out for the night at 1:35 of round two Saturday evening at Staples Center in Los Angeles.

Robinson is a talented multi-sport athlete, though the extent of his boxing background was limited to preparing for this matchup of celebrities. It showed in an awkward opening round, filled with clinches as Robinson would rush his way inside and then smother Paul. 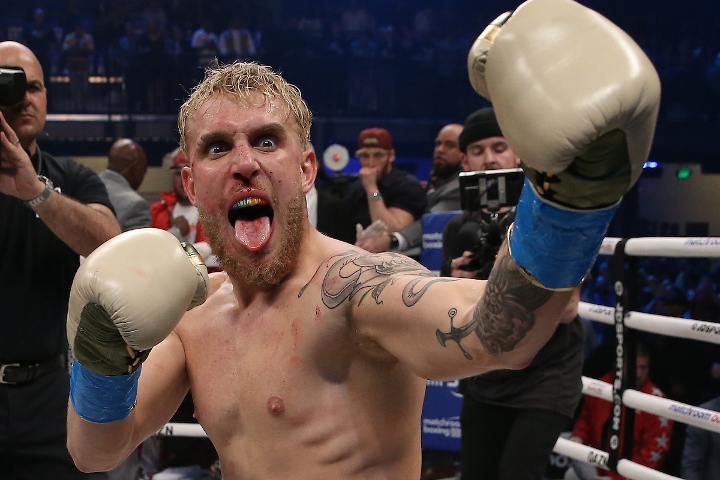 The disparity in talent proved dangerous, as Paul sent Robinson crashing to the canvas late in round one. Robinson was given a generous—and inexplicably long—count by referee Thomas Taylor in being permitted to continue.

Robinson made it out of the round but ran into trouble in round two. Paul rode out the swarming style of the three-time NBA Slam Dunk champion, connecting with another right hand which put Robinson on the canvas and under the bottom rope. Once again, Taylor held his count at nine, giving the battered former basketballer another 10 seconds to recover before allowing action to resume.

Paul remained poised, slipping a punch and landing an overhand right which put Robinson out for the night. The fight was stopped on the spot, with medical attention immediately paid to Robinson who eventually regained consciousness and made it out of the ring under his own strength.

The win sends Paul’s record to 2-0 (2KOs), having made his pro debut earlier this year. His pro debut was a shorter night at the office, blasting out AnEsonGib in the opening round of their pre-Super Bowl clash this past January in Miami.

The bout served as the chief support of a four-fight Triller Pay-Per-View, headlined by an eight-round exhibition between long-retired ring legends Mike Tyson (50-6, 44KOs) and Roy Jones (66-9, 47KOs).

[QUOTE=-Kev-;20915706]That is what I look at as well. Paul is not a real, serious boxer whose only way to make money is boxing. But given that he is just some famous youtuber, he has not necessarily humiliate himself in there.…

It’s sad that this card was being treated with more reverence than the upcoming Spence vs Garcia card. No way was I going to spend 50 dollars on a circus of an event.

The funniest thing about this fight were the snoop dog commentary after the KO, and those comments from the NBA community on social media... Stuffs like we are not going down like that, get the strap etc had me dying…

I love how many ball sports guys this is making angry. Sorry, these guys cant fight. It has to be said. Robinson couldve been in there with a chainsaw and the only difference in the memes is there would be…