According to Brandon Cook, a deal has been reached for a showdown with WBO junior middleweight champion Jaime Munguia.

Cook was mentioned earlier this month as a potential opponent for Munguia - with their showdown taking place on September 15th at the T-Mobile Arena in Las Vegas, Nevada.

The contest will be part as the HBO Pay-Per-View undercard to the Canelo Alvarez vs. Gennady Golovkin rematch. 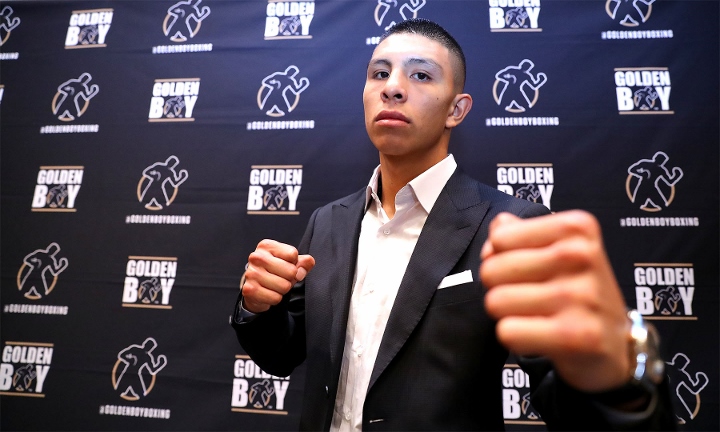 Cook had reached a deal to face former world champion Kell Brook last month, as part of the Joseph Parker vs. Dillian Whyte undercard at the O2 Arena in London.

The fight was canceled after Brook withdrew with injury.

A late replacement was offered in the form of Sam Eggington, who then also withdrew with injury.

“To be on the biggest stage… people are going to know who I am after this,” said Cook to The Toronto Star.

“It doesn’t faze me. I know people are going to be booing (me). It’s Mexican Independence Day … I just want to go out there and show people why I made it to where I am.”

“If I can stand in the middle of the ring and back his ass up, we’re going to see how he’s going to feel. I’m going to have to take some good shots, I’m sure, then hopefully take it to him.”

Cook's promoter told the paper that Golden Boy Promotions, who handle Canelo, called them with an offer they just couldn't turn down.

“Golden Boy called with an offer and we couldn’t pass up a world title fight,” said Tyler Buxton, Cook’s promoter. “When you look at an Ontario-born fighter, how many get to fight for a world title? Not many.”

Munguia has become a standout star in 2018, after demolishing Sadam Ali in four rounds to capture the WBO title in May, and then powering past former champion Liam Smith to win a twelve round decision in July.

[QUOTE=Mastrangelo;19035080]I think fighting Kanat Islam, which would make it another Kazakh - Mexican match-up - would make more sense, right? But hey, can't put guy you want to promote in risky fights... This day's boxing for you.[/QUOTE] I heard Islam…

Why is Jaime Munguia fighting the starting Wide Receiver of the Los Angeles Rams?

It's his fifth fight this year. Probably still the third best guy he's faced so far.

This undercard is showcase fights not good fights. I'd prefer it if Munguia kept stepping his opposition up but fighting Cook on a PPV card is its own experience in itself.