Munguia stated he could return to action in a few months, not necessarily this coming Saturday in Mexico as is listed on Boxrec's website.

The 23-year-old made his middleweight debut in his last bout on January 11, stopping fringe junior middleweight contender Gary O’Sullivan in round 11 at the Alamodome in San Antonio, Texas. 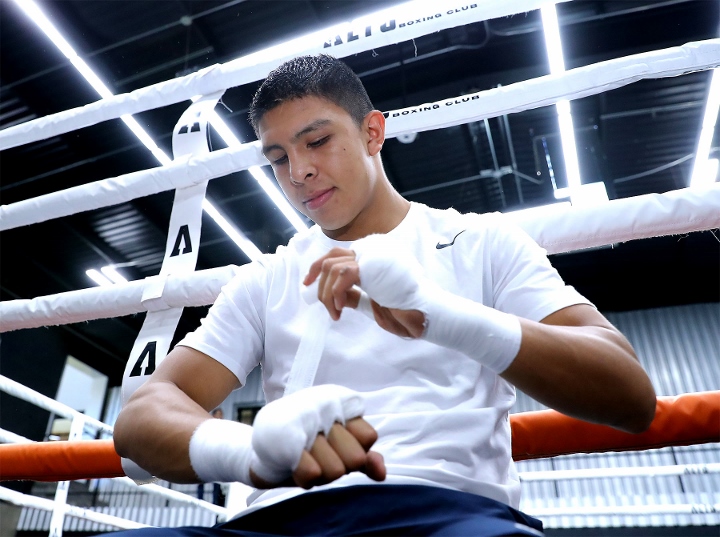 Munguia (35-0, 28 knockouts) is co-promoted by Golden Boy and Zanfer Promotions.

Munguia was ringside at a fight card this past Friday night at the Fronton Jai Alai in his hometown of Tijuana, Mexico. As he was interviewed by Best in Boxing/ Fight Hub TV, which was streaming the Toscano Boxing card, Munguia stated he was already in the gym training for an upcoming fight.

“We have been training,” said Munguia, who is now trained by former world titleholder Erik Morales. “We have been running under all the safety guidelines dictated by the government. We keep working to fix our mistakes (in the gym).”

In his last defense of the WBO junior middleweight title on September 13, Munguia knocked out overmatched Patrick Allotey of Ghana in round 4 in Carson, California. The victory over Allotey was Munguia’s fifth defense of the title he won from Sadam Ali in May 2018.

Munguia, who is the mandatory challenger for WBO titleholder Demetrius Andrade and is ranked No. 2 by the WBC, is eager to get back in the ring when it is safe to do so.

“Things have to return back to normal as much as possible. There might be a fight lined up in September or early October. There’s nothing concrete. Nonetheless, the plans are to move forward and compete at 160 pounds.”

“Maybe there is a possibility down the line of fighting at 168 (pounds).”