Former WBO super welterweight world champion Jaime Munguía is in the final stretch of his preparation, concentrated in the Otomí Ceremonial Center in the cold mountains of Mexico, with a view to arriving in the best possible condition to his next fight, which at the same time, will be his debut at Middleweight.

The clash will be broadcast on the DAZN streaming platform in a co-promotion of Golden Boy Promotions and Zanfer Promotions. 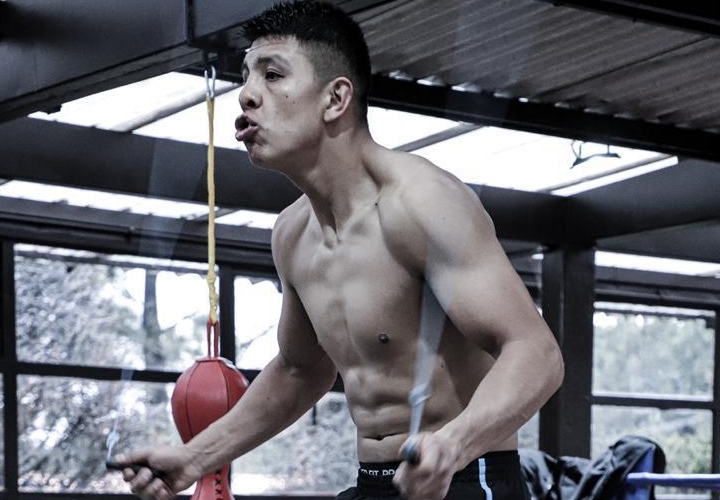 Already with seven weeks of concentration at the high elevation of Otomi, Munguía is in the strongest stage of its preparation, with fitness routines in the morning, and gym in the afternoon, where he meets days of up to 20 rounds between sparrings, exercises, jump rope and shadow boxing.

"We have had a great camp, physically I feel very good, very strong, very fast, and from a boxing sense we have developed a more complete technique, better profiled and with more movements in the ring, but without losing the aggressiveness," said Munguía.

Accompanied by his coach, the legendary Erik “Terrible” Morales, as well as his father, Jaime Munguía Sr., his handler Fernando Fernández, a complete multidisciplinary team and the sparring partners selected for this preparation, the unbeaten Mexican puncher believes that the change of division will give him great benefits.

“I think that the change in weight is going to help us a lot, especially not to sacrifice so much in the week before each fight. I will go up to the ring with more force, with more resistance and with more condition. Our plan is to be able to fight for a middleweight championship in 2020,” said Munguía.

[QUOTE=budfr;20285899]Yes, fans are idiots, they paid to see boring and chwrry picker Floyd, and speaking of cherrypieckers, Jacobs picked Julio Cesar Chavez Jr, so STFU[/QUOTE] Yeah whatever bumski everybody listed would whoop Mungia's @ss. Didn’t he just get a gift…

Munguia put Golovkin out of his misery already

[QUOTE=budfr;20285902][QUOTE=Mammoth;20285874]They'll shoot for Golovkin. Not enough money in getting schooled by Andrade.[/QUOT Andrade is not schooling anyone....running and hugging is not schooling. Nobody wants to watch a boring fighter, with the typical black style wrongly called " slick ". Hugging,…

[QUOTE=budfr;20285893]You are a total POS ignorant.....I bet you anything Munguia becomes a champ at middleweight, he is already a champ, dummie !![/QUOTE] You must be a taco vendor yourself, lame. Get me 6 tacos of pastor with a little hot…

[QUOTE=budfr;20285902][QUOTE=Mammoth;20285874]They'll shoot for Golovkin. Not enough money in getting schooled by Andrade.[/QUOT Andrade is not schooling anyone....running and hugging is not schooling. Nobody wants to watch a boring fighter, with the typical black style wrongly called " slick ". Hugging,…