The World Boxing Organization has issued an order which gives thirty days (30) to negotiate and reach an agreement regarding the mandatory fight between WBO junior middleweight champion Jaime Munguia and challenger Dennis Hogan.

The contest has been ordered in accordance with a ruling that was issued by the WBO during their 31st Annual Convention held from October 28th through November 2nd 2018, in Panama City, Panama.

If a deal is not reached within the time frame stated by WBO, which falls on March 2, a purse bid will be ordered pursuant to the WBO's Regulations of World Championship Contests. 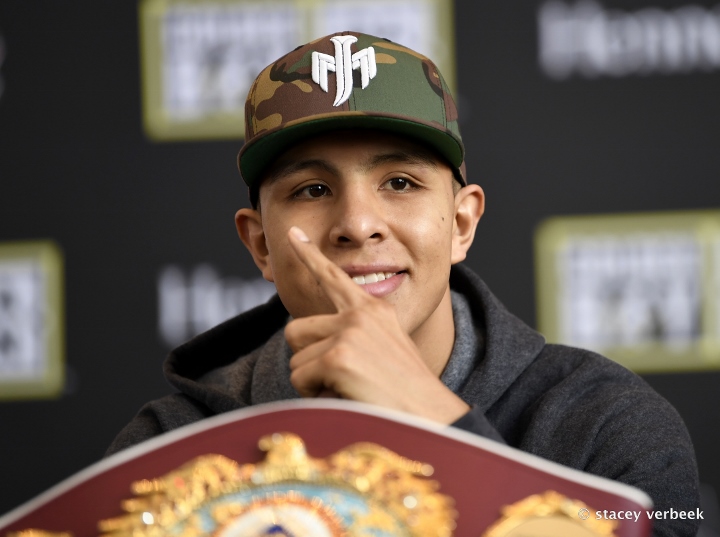 The minimum acceptable bid for the fight is $200,000 (two hundred thousand dollars). Any of the parties involved may request a purse bid procedure at any time during the negotiation process.

He then retained the title with big wins over Liam Smith and Brandon Cook.

Munguia already fought in 2019, when he retained last month and won a tough twelve round unanimous decision over Takeshi Inoue.

He is scheduled to fight again on April 13th at the Arena Monterrey in Mexico. That return is slated to be a voluntary defense before facing Hogan in the fall.

Hogan (28-1-1, 7 KOs) has won five in a row since losing a twelve round decision to Jack Culcay in December 2015. He saw action twice last year, with two decision wins.

Another useless fight for Munguia. He'll probably outweigh Hogan (whoever he is) by 25 lbs.

Ridiculous. Munguia and Zurdo Ramirez are the two most protected guys in boxing. Farmer is third.

So this mongoloid is now fighting hulk hogan huh

Hogan is that dude who lost to Jack Culcay. He probably still gives Munguia a hard time.