The ongoing coronavirus pandemic has not altered the plans of former WBO junior middleweight world champion Jaime Munguia (35-0, 28 KO'S), who earlier this year made his debut in the middleweight champion.

Munguia is hoping to return by the end of July, although the timeline has not been confirmed to him.

The WBC developed new protocols to stage boxing events behind closed doors, with health and hygiene measures that have not yet been authorized by the Boxing Commission of Mexico City. Among the measures that stand out, is that boxers will not be able to travel from abroad, so the deck of opponents for the unbeaten fighter from Tijuana has significantly been reduced.

"There is a chance to fight by the end of the next month. There is still nothing confirmed, but hopefully so," Munguia said to Marcos Romero. 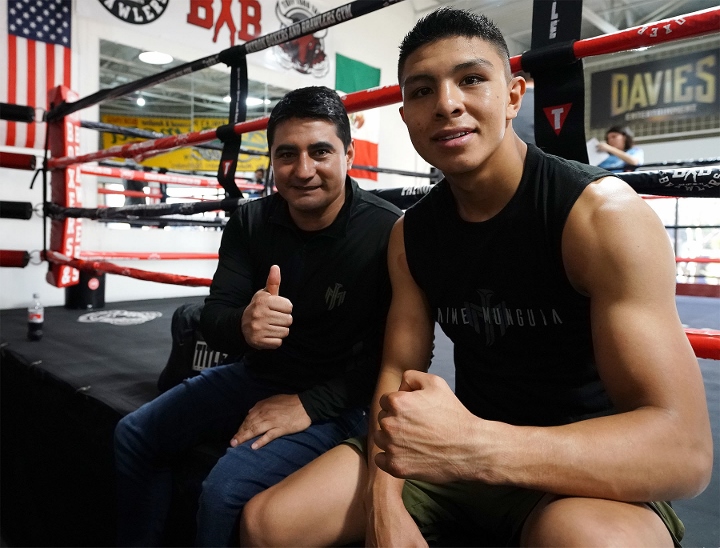 In 2018, Munguia obtained the WBO world title by knocked out Sadam Ali at the Turning Stone Resort & Casino in New York, and later defended the belt in crowded venues in Houston, Los Angeles and Monterrey.

Munguia admits that "it will be quite strange" to fight without people in the stands. He compared it to “being in the gym, like being at a sparring session, something similar. Hopefully it will be temporary.”

The protocols to stage boxing functions are significantly more expensive when compared to conventional methods, but Munguia strongly feels that “it is something indispensable. It is necessary to have done and we have to agree with it, agree with the rules that they are saying.”

Munguia feels better physically at 160 pounds. He doesn't have to push his body to the max to make the weight.

He's working in the Zona Norte gym, with his career being guided by head trainer Erik "El Terrible" Morales.

Munguia assured that they are still in the process of fine-tuning certain details.

"What we continuing to do is work on speed, combinations of punches, keeping hands up. We continue to keep gaining more experience," Munguia said. "The team is smaller. There are less people in the gym, only those who are necessary are here."

This culero just waiting for Boo Boo to vacate the WBO belt ....he's a coward..

Hopefully he's working on his defense. Munguia got his name out before he was ready by volunteering to be a late replacement opponent for GGG and then blasting out a much smaller Saddam Ali. Pedestrian wins over Smith, Inoue, Hogan…