22-year-old Australian / Samoan Cruiserweight Jai Opetaia last night secured the IBF Pan Pacific title while defending his WBO Asia Pacific Title against Kurtis Pegoraro who he stopped in the 2nd round. Opetaia landed a perfectly timed devastating left rip to the body that ended the fight half way through the second round.

The fight was main event on DDP’s the FUTR promotion at the Pullman Hotel in Brisbane’s CBD. The usually awkward and mobile Pegoraro, who in his last outing travelled to China beating an undefeated German heavyweight 9-0 had no answer to the power of Opetaia.

Opetaia who is ranked 10 in the WBO’s world rankings record improved to 16 fights undefeated while stopping 13 inside the distance. Late last year he faced undefeated American prospect Frankie Lopez (10-0) and stopped him in devastating fashion in the 1st round to secure the IBF World Youth Title. Jai has already captured State and national titles as well as the WBC aligned OPBF title. 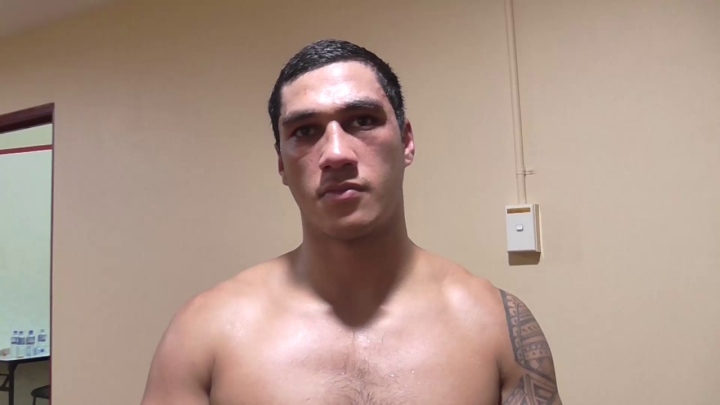 According to manager Michael Francis from Xtreme Sports Management, the most exciting thing about Jai is that he is only 22 years old and getting better with each outing. Jai first came under his radar when aged 16 he was the youngest ever in Australian boxing history to be selected for the Olympics (London 201).

Flanagan fell apart as Flanagan secured a shot to fight Kevin Larena for his IBO world title in South Africa later in the year. So for now we will let Stuart weave his magic as he has done for Jeff Horn and Joseph Parker in recent times. We hope to make an announcement on Jai’s next fight in the coming week.