Jacobs: I Want The Jermall Charlo Fight; It's Personal For Me!

NEW YORK – Daniel Jacobs isn’t sure the feeling truly is mutual, but he wants to fight Jermall Charlo.

The newly crowned IBF middleweight champion has provided Charlo with more incentive to fight him now that Jacobs owns a recognized 160-pound crown. Network and other considerations could prevent a compelling Charlo-Jacobs bout from materializing in the foreseeable future, but Jacobs wants to settle an issue with Charlo he considers personal.

First, of course, Houston’s Charlo (27-0, 21 KOs) must make an optional defense of his WBC interim middleweight title against Willie Monroe Jr. (23-3, 6 KOs) on December 22 at Barclays Center in Brooklyn (FOX). Jacobs will watch intently that night, with an eye on facing Charlo next year. 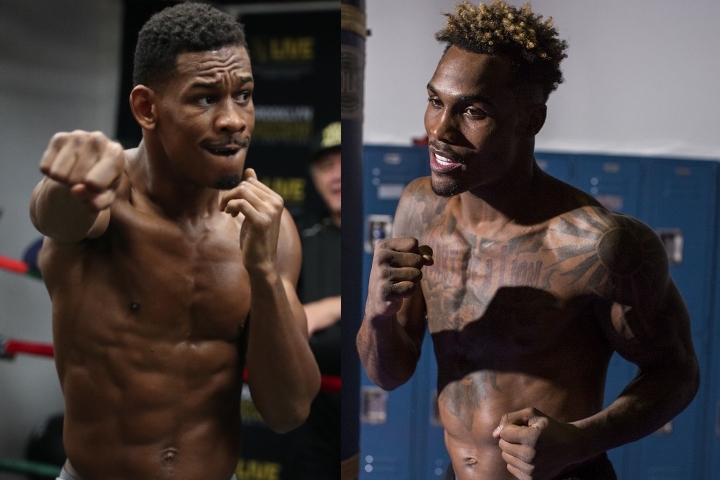 “If that’s something that the fans want, because I’ve always been vocal about fighting Jermall – this feud that we’re having, it’s being built,” Jacobs said following his split-decision victory over Sergiy Derevyanchenko on Saturday night. “He’s fighting Willie Monroe in his next fight, so he has obligations right now. We can’t say anything because that victory is not promised or assured. So he has to look good and hopefully, if he gets that victory, we can talk about that in the near future.

Charlo, 28, and Jacobs, 31, both are advised by Al Haymon, which could make their fight easier to arrange. Jacobs told BoxingScene.com before beating Derevyanchenko that he doesn’t expect Charlo willingly to fight him (https://www.boxingscene.com/jacobs-i-think-charlo-fight-me-i-tamed-lion--133105).

Jacobs (35-2, 29 KOs) and his promoter, Eddie Hearn, did acknowledge after he defeated Derevyanchenko (12-1, 10 KOs) that the fight the Brooklyn native wants most is a showdown with the sport’s cash cow, Canelo Alvarez. An Alvarez-Jacobs clash could happen May 4 in Las Vegas if Mexico’s Alvarez (50-1-2, 34 KOs) defeats England’s Rocky Fielding (27-1, 15 KOs) for Fielding’s WBA world super middleweight title December 15 at Madison Square Garden.

Getting a shot at Alvarez would require Jacobs to fight on DAZN now that his HBO contract has expired and that premium cable network is moving away from broadcasting boxing.

Alvarez signed an exclusive five-year, 11-fight deal with DAZN earlier this month that could become worth $365 million. Charlo’s fights have been broadcast by Showtime and now FOX, but Jacobs also has fought on Showtime.

Just read an article that says Team Jacobs will offer Charlo a 90-10 Split in favor of Danny Jacobs. Guess this ain't happening...

[QUOTE=robbyheartbaby;19232998]I love how Charlo is the new boogeyman of the division by fighting absolutely nobody. GGG is 'ducking' Charlo even after fighting Jacobs and Canelo twice, clearly 2 out of the top 3 in the division. Why does Charlo get…

[QUOTE=Sledgeweather17;19234475]He was getting dropped by jabs. That is not the definition of holding your own bro.[/QUOTE] First, to be fair, he got dropped by " a jab", not jabs... Secondly, From the time he got dropped until the ref said…