In a fight of a high technical level, Jackie ¨The Princess Azteca¨ Nava and Marcela ¨Tigresa¨Acuna fought to a ten round majority draw over ten rounds in the baseball stadium ¨Agustin Flores Contreras¨ of Puerto Vallarta in another great function of Zanfer with the support of Code Jalisco, Comude Vallarta and Municipality of Puerto Vallarta. 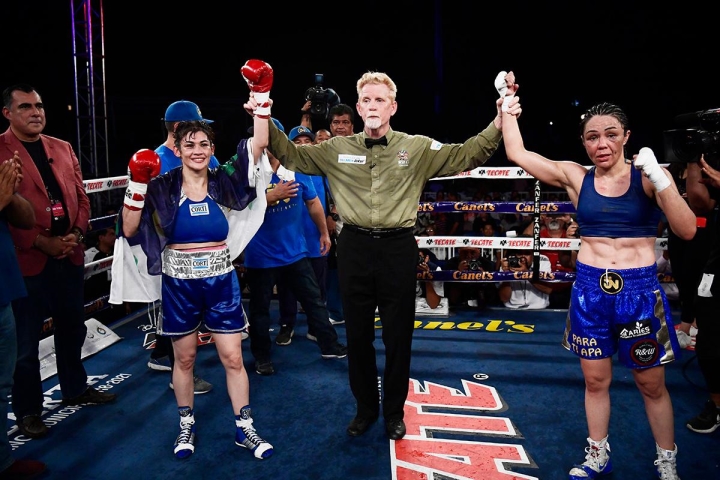 Nava showed her great quality and level by always forcing the fight as she looked to connect, but the speed and counterattacks of Acuna made things complicated.

The fight was very exciting and competitive, with the public supporting Jackie at all times.

Carlos ¨Chuko¨ Díaz won by unanimous decision over a brave Emanuel ¨Panigro¨ Herera in eight rounds, dominating him from start to finish.

Miranda walked away with a dangerous wound on the left eyelid and the ring doctor prevented him from continuing,  in a fight filled with a heavy exchange of blows.

If there are any boxing fans out there that haven't been sold on females in the sport, watch this bout. If the general public can see talent such as Nava and Acuna go at it, female boxing would sell itself.