It's one of boxing's most endearing legends. Jack Dempsey went to bed on the night of July 4, 1919, after knocking out Jess Willard to claim the heavyweight championship of the world and dreamed about the fight. Except in Dempsey's dream, Willard knocked him out. It wasn't until a newsboy selling papers on the street assured him he'd won that the Dempsey felt like the champion again. It's a heartwarming story. Except it probably isn't true.

Once upon a time, the 4th of July was an important day on the boxing calendar. In the course of twelve years, four heavyweight championship bouts were fought on Independence Day.

Tommy Burns vs. Billy Squires on July 4, 1907, was the first. Their fight in Colma, California, on the San Francisco peninsula was scheduled for 45 rounds, but Burns knocked out Squires in the first. The event had a slightly unAmerican flavor since Burns was from Canada and Squires was from Australia. The referee was former heavyweight champion James J. Jeffries.

Three years later, Jeffries was in the ring again on the 4th of July, this time in Reno as a combatant against Jack Johnson. It was one of the most celebrated sports events of all time. Johnson was in control from the opening bell and stopped Jeffries in the fifteenth round.

Two years passed before Johnson returned to the ring. When he did, it was against Fireman Jim Flynn in East Las Vegas, New Mexico, on July 4, 1912. A totally outclassed Flynn was disqualified for repeated fouls in the ninth round.

Ultimately, Flynn lay claim to a more favorable entry in boxing's record book. On February 13, 1917, he knocked out a 22-year-old prospect named Jack Dempsey in 25 seconds. Seven months later, Dempsey avenged the defeat by knocking out Flynn in the first round.

That brings us to Dempsey vs. Jess Willard on July 4, 1919. BoxRec.com reports that there were fights cards at 64 venues in the United States that day. Sam Langford lost a decision to Harry Wills in St. Louis. Jack Britton decisioned Johnny Griffiths in Canton. Harry Greb decisioned Bill Brennan in Tulsa.

As for Dempsey-Willard; Randy Roberts is a professor of history at Purdue University and the author of several trailblazing books about boxing. One of these books, published in 1979, is the most reliable of the Dempsey biographies. Roberts didn't include Dempsey's newsboy anecdote in his book. Why not?

"Because I don't think it's true," Roberts says. "It has the feel of the type of manufactured apocryphal story that sportswriters made up in those days when they were more interested in building legends than accurately recounting what happened. If I'd read about the incident in a contemporaneous newspaper account of the fight, it would have given the story credibility and I would have included it in my book. But as best I can tell, it wasn't told until Dempsey's first autobiography which was written twenty-one years later. I can't say with absolute certainty that it's not true because I wasn't there. But it's highly improbable, like the story of Cassius Clay throwing his Olympic gold medal into the Ohio River, which wasn't told until Ali's [1975] autobiography and almost certainly never happened." 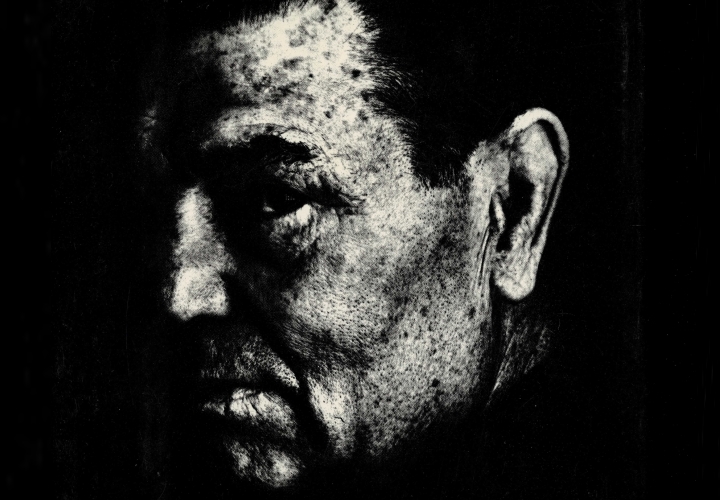 In Dempsey's first autobiography, co-authored in 1940 with Myron Stearns, the former champion wrote, "I didn't get to bed until two o'clock. That night, I dreamed I had been knocked out. It was a strange sort of nightmare. When I woke up, I couldn't get to sleep again. I dressed and went out onto the street. Newsboys were still hollering their extras 'all about the new champ.' I called to one of them and said, 'Say, Buddy, who won the fight?' He said, 'Dempsey. Say, aren't you Dempsey? You ought to know.' I was so tickled, I gave him a dollar and went back up to my room and read the accounts all through three or four times, convincing myself that at last I was really the champion."

Here, it should be noted that newsboys were popular in feel-good stories of the day such as the hugely successful film Mr. Smith Goes to Washington that was released in 1939 (one year before Dempsey's first autobiography was published).

In Dempsey's second autobiography, published in 1960 and authored with Bob Considine and Bill Slocum, the newsboy story was recounted as follows: "That night, I went to bed at ten o'clock. About midnight, I had a nightmare. I dreamed that Willard had knocked me out. It was so realistic I fell out of bed. I got up and turned on the lights and looked at myself in a mirror. I had dreamed I was all cut up around the eyes. There wasn't a mark on me. I dressed in a hurry and went down to the street in front of the hotel. A kid was selling extra papers. 'Who won the fight?' I asked him. He looked at me. 'Aren't you Jack Dempsey?' he squeaked. 'Yeah.' 'You damn fool, you did!' the kid said. I gave him a buck, went back upstairs and to bed."

Finally, in a 1977 autobiography written with his step-daughter Barbara Piattelli, Dempsey maintained, "I woke up in a cold sweat, confused. I climbed out of bed and stumbled into the bathroom, turning on the overhead light. I peered at my face and saw some small dried patches of blood on it. I felt paralyzed. Pulling on my pants and shirt, I rushed out into the hall. Not realizing I had forgotten to put my shoes on, I ran outside, my heartbeat sounding in my ears. A newsboy was hollering 'Extra, Extra! Read all about it!' 'Ain’t you Jack Dempsey?' the newsboy asked. 'Yeah. Why?' I grabbed a paper. There it was, my name in big, bold headlines. I was the Heavyweight Champion of the World. All of a sudden, standing barefoot on the street with a newsboy at my side, I felt the full impact of my victory. I reached into my pockets to give the kid a buck but found my pockets empty. I told him to pick it up in the morning from the room clerk. 'You don’t owe me nothin - Champ!"

Now let's look at the contradictions in Dempsey's three versions of the story.

Autobiography #1: I didn't get to bed until two o'clock.

Autobiography #2: I went to bed at ten o'clock.

Autobiography #2: It was so realistic I fell out of bed.

Autobiography #3: I climbed out of bed.

Autobiography #2: I looked at myself in a mirror. There wasn't a mark on me.

Autobiography #3: I peered at my face and saw some small dried patches of blood on it.

Autobiography #1: "Say, Buddy, who won the fight?" He said, "Dempsey. Say, aren't you Dempsey? You ought to know."

Autobiography #3 - “Ain’t you Jack Dempsey?” the newsboy asked. “Yeah. Why?” I grabbed a paper. There it was, my name in big, bold headlines. I was the Heavyweight Champion of the World.

Autobiography #2 - I gave him a buck, went back upstairs and to bed.

Autobiography #3 - I reached into my pockets to give the kid a buck but found my pockets empty. I told him to pick it up in the morning from the room clerk. “You don’t owe me nothin - Champ!”

Dempsey might have had a nightmare that he lost to Jess Willard. The rest of the story seems to be - shall we say - embellished.