Jack Culcay in NYC, Plans To Scout Jacobs vs. Derevyanchenko

“Of course I want to see my next opponent live in the ring”, Jack says winkingly with a smile.

Culcay is No.2 in the rating of the IBF, Derevyanchenko is No. 1 and Jacobs No. 3 – so it is a special and interesting constellation. 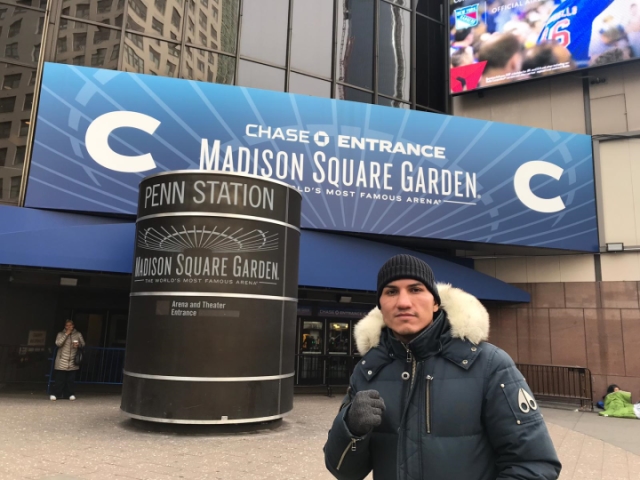 “Both are very good boxers, indeed”, Jack says. “But I see Daniel Jacobs as the favorite in this bout. It will be a very interesting fight! For me it is exciting to see them both in the ring – above all because the location is the world famous Madison Square Garden. I would like to fight Daniel Jacobs in spring for the IBF World championship. I think this would be a very tough bout with a lot of interest in the US and in Germany, too.”

On September 22, 2018 the former Champion beat at Potsdam’s MBS-Arena Rafael Bejaran from Hamburg. This fight was confirmed by the International Boxing Federation (IBF) as a Voluntary Eliminator. After a Final Eliminator Jack Culcay (28 fights - 25 wins, 13 KO’s, 3 defeats) wants to fight for the World Championship in next spring.

[QUOTE=Jsmooth9876;19226102]Lol... good ole IBF rankings.. Derevyanchanko hav never beaten anyone and Culcay is number 2... awesome organization there folks.[/QUOTE]Point out who has fought anyone.

Culcay would be a good first defense for Andrade. Their first fight was close enough to warrant a rematch.