Jack Catterall: Jose Ramirez Must Fight Me or Vacate - I'll Beat Him!

JACK CATTERALL IS all in favour of the prospect of an undisputed world super lightweight blockbuster becoming a reality, but one involving himself and Josh Taylor, rather than Jose Ramirez.

Scotland’s Taylor, of course, is back in action live on BT Sport on Saturday, making a mandatory defence of his WBA and IBF titles against Thailand’s Apinun Khongsong in the first men’s world title competition staged in this country since lockdown.

Catterall insists that, like the Edinburgh man, Ramirez too must comply with the mandatory engagement put forward by the WBO that recognises his position as the long-standing No.1 in the rankings. 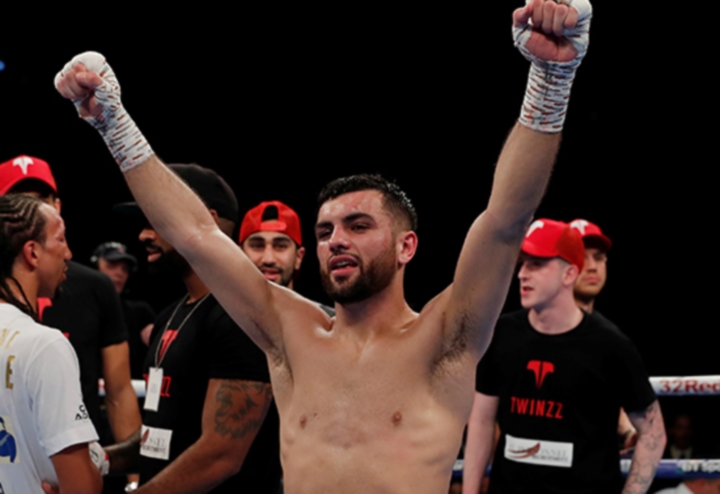 The Californian Ramirez, 26-0, fulfilled his WBC mandatory by overcoming Viktor Postol in a close-run encounter at the end of August and now must oblige the WBO side of his world title package.

Until he does, Catterall insists, talk of Taylor from the Ramirez camp is premature, with the champion himself tweeting last week that he wants his next fight to be against the 16-0 Scot, ‘period’. At the same time failing to acknowledge the claims of his rightful next challenger.

“It appears he doesn’t,” said the 25-0 Catterall. “I sent him a message back and he didn’t reply. The WBO reiterated the position at the end of last month and insisted a deal needed to be done.

“My message is simple: either defend or vacate. I’m not arsed about what he wants! It is what has got to happen.

“I expect to hear more about it on Monday after the Taylor fight but it is one or the other – defend or vacate.

“I have worked for the last couple of years to get this world title shot and it seems like it has been one stumbling block after another, through no fault of my own. Let’s just fight for the title.”

Assessing the credentials of his two super lightweight rivals, Catterall believes Taylor to be the more potent force and is next on his hit list after Ramirez.

“Taylor, for me. I am confident of beating Ramirez and getting the Taylor fight is my objective. It is a massive fight against Taylor and obviously I think I will beat him. Me against Taylor would be a better fight for the undisputed.

“That is my plan and I have been working every day for it,” added the 27-year-old, known as ‘El Gato’, who expect Taylor to prevail on Saturday against the unbeaten puncher Khongsong.

“Obviously Josh is with a new coach and, after this, he wants to unify and I am his stumbling block. With a new trainer there could be a bit of extra pressure on him, I don’t know. Even though he hasn’t fought, he has been with his trainer for some time now and long enough to know if it was the right move or not.

“He has been in plenty of big fights before. He will get stuck in and I don’t think it will have too much of an effect on him.

“This is a must-win fight for him that he has got to win and got to look good in. From the little bit I have seen of Khongsong he should beat him because he looks like an average boxer who pops a little bit.

“Taylor should deal with him and I expect him to come through with a stoppage.

“I will be watching closely at home having a cup of tea!”

[QUOTE=factsarenice;20775100]Jack Catterall beat Oscar Amador, a guy with 19 losses in 19 fights. Jack goes on to fight Schwarzkopf, a guy that lost half his fights since 2018 and that puts Jack in the WBO winner bracket.[/QUOTE] Actually his wins…

Ramirez looked like the inactivity hampered his performance vs Postol whereas inactivity Is Jack’s middle name... I would love to be in the room when frank tells JC to take step aside money!

[B]VACATE!!![/B] No one wants to see Jack Catterall! Let him fight Liam Paro in a YouTube fight in an alley in London!

Brits are so weird I cant get over it. I've also known them like the back of my hand for over 10 years now.