Ivan Baranchyk: To Be The Best at 140 - That's My Motivation

Far from his home country of Belarus, Ivan Baranchyk has been living his version of the American dream for years now, finding several homes along the way.

From Brooklyn, New York to a pair of Miamis (Oklahoma and Florida), “The Beast” can safely be called a citizen of the world as he awaits his Saturday bout against Jose Zepeda.

“I like everything,” he laughed when asked about the various stops he’s made over the course of his pro boxing career. Florida is the latest stop, and he’s lived for more than three years in Miami, where he trains under the tutelage of Pedro Diaz.

It’s the price he has to pay for ring glory, but the former IBF junior welterweight champion isn’t complaining. The way he sees it, he’s already been sacrificing much of his life, so another few years are fine if that’s what it takes for him to become a champion again.

“I started in sports at six years old,” he said. “I had sport jiu-jitsu between six and 12 years old. Then I got into boxing and stayed here because I like the competition and there was more opportunity for me.”

Jiu-jitsu, eh? So no mixed martial arts for Baranchyk?

“When I trained jiu-jitsu, we didn't have MMA, only boxing,” said Baranchyk, who hails from the same nation that produced former UFC heavyweight champion Andrei Arlovski. “Maybe in the future, when I get some belts in a couple divisions, maybe I will try to fight in MMA or UFC.”

He laughs, and you get the impression that he’s serious. If so, you wonder how he could possibly pull it off. Then you remember that despite it seeming like he’s been around boxing forever, he’s only 27 years old and possibly approaching his prime years if he’s not in them already. So with the being said, he believes that being sidelined for a year after his October 5, 2019 bout against Gabriel Bracero hasn’t hurt him at all.

“I feel comfortable because I'm hungry and I'm more aggressive,” he said. “Everything is perfect. I think this one year was good for me.” 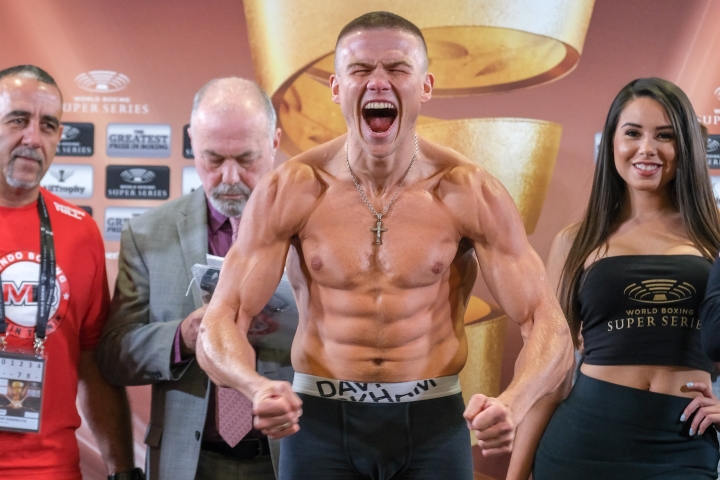 Baranchyk laughs again, recalling the ups and downs of the last 12 months.

“I had training camp for like ten months. I was going to fight in April, April was coronavirus. Fight in July, I had a little accident, and now I'm ready. Nobody can stop me.”

That “little accident” was a rib injury suffered during sparring that scrapped a meeting with Zepeda on July 7, but with a clean bill of health, Baranchyk is ready to get back to business against Zepeda, whose only loss in the last five years was to WBC / WBO 140-pound champion Jose Ramirez. Baranchyk’s only defeat as a pro? To the other man holding junior welterweight titles, WBA / IBF boss Josh Taylor. “The Beast” wants a belt – or two or four – but he’s not looking past this weekend.

Does he have a preference?

“It doesn't matter to me,” he said. “Both fights are good for me because if you want to be champion, you need to fight with champions.”

Baranchyk knows what it takes to be a champion. Now he’s figuring out what it will take to become a champion again. But he’s on the right track, well aware that it takes hard work and performing when the lights are at their brightest. They’ll be plenty bright in the Top Rank Bubble in Las Vegas, and he can’t wait because he’s got something that can’t be taught in the gym, and that’s motivation.

“These are my years,” he said. “And to be the best in my division, that's my motivation.”

I mean, he kind of is what he is at this point. I just don't see him becoming anything more than a gatekeeper at 140.

[QUOTE=richardt;20786815]Yeah, he's physically very strong but I'm not sure how much polish he can add, even if he had a different trainer. And sometimes polish can take away a fighter's biggest strengths, but anything is possible. He could learn from…

I guess if first you don't succeed, try, try again!

[QUOTE=richardt;20786815]Yeah, he's physically very strong but I'm not sure how much polish he can add, even if he had a different trainer. And sometimes polish can take away a fighter's biggest strengths, but anything is possible. He could learn from…

[QUOTE=NC Uppercut;20786495]Baranchyk has always been a beast! I remember him from pre ShoBox. He has strength and endurance. Just lacks alot of fundamentals, 1 being defense. He's raw as can be, But like a rough jewel that needs to be…