Persistence paid off for Isiah Jones on Tuesday night in Las Vegas.

Jones upset Donte Stubbs by majority decision in what was the second fight in two weeks for the Detroit native. Judges Adalaide Byrd (58-56) and Eric Cheek (59-55) favored Jones’ jab and counter-punching, and they overruled judge Tim Cheatham, who scored their six-round middleweight match a draw (57-57). 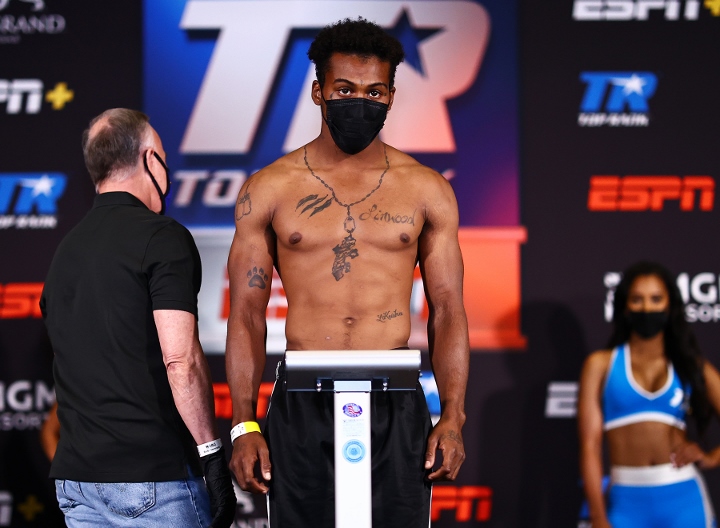 Jones hit Stubbs with a left to the body when there was approximately 1:15 to go in the sixth round. Stubbs drilled Jones with a right hand that backed Jones into the ropes just before their bout ended.

A left hook by Jones caught Stubbs in an exchange with about 30 seconds remaining in the fifth round. Stubbs hit Jones with a lesser left hook a few seconds later.

Stubbs and Jones traded jabs just after the midway mark of the third round. Stubbs backed Jones into the ropes toward the end of the round, but couldn’t connect with a clean shot.

A straight right hand by Jones landed as Stubbs moved straight back with about 20 seconds to go in the second round.

Jones connected with a counter left hook about 45 seconds into the fight. Jones mostly made Stubbs miss with his jabs and right hands in that opening round.

I love upsets and this one was unexpected with the lost 2 weeks ago to again fight and win a upset. :boxing: