London, UK - Ionut Baluta threw hard shots and plenty of them as he upset David Oliver Joyce, stopping the Irish prospect in the third round of their super-bantamweight ten-rounder on the Josh Taylor-Apinun Khongsong undercard at the York Hall in East London.

Baluta, a Romanian based in Spain, completely overwhelmed Joyce, finding the former amateur star a surprisingly easy target. Baluta started fast in the opening round, winging in big hooks, and throwing Joyce off his stride. Joyce came back in the first round well, but Baluta began the second round as if he had a train to catch, trapping Joyce in a corner and unloading. Joyce tried to tuck up, but was caught repeatedly and seemed incapable of getting out of the way of the punches. At the end of the round, Baluta wound up three big right hooks, all of which landed.

Joyce, who ended the career of former world champion Lee Haskins in February, was told to show a bit more urgency in the third and began the round by forcing Baulta back. But the Romanian was still throwing and unleashed a huge left hook, which dropped Joyce on his back.

The Irishman beat the count, but Baluta went for the finish, trapping Joyce and unloading until Steve Gray, the referee, intervened at 1:49 of the round. 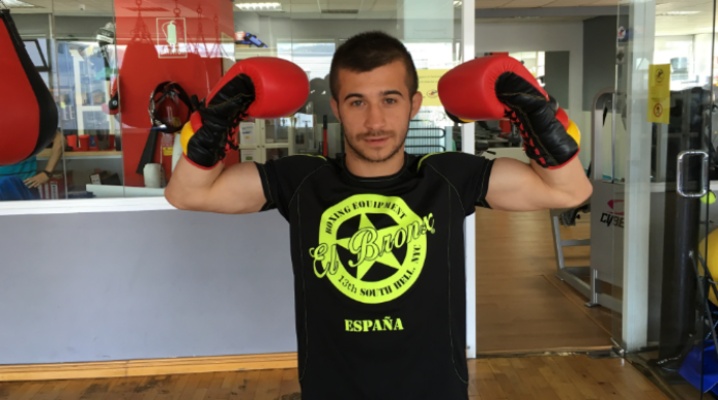 Young light-middleweight prospect George Davey secured a third pro win, as he showed some nice moves and decent punching range on the way to a clear points win over Jeff Thomas.

Thomas was on the receiving end for most of it, but his best moment came with just  15 seconds remaining in the last round, as he threw the left hook he had been looking for all evening landed smack on Davey’s mouth. Davey looked more surprised and hurt and cruised through the last few moments. Referee Bob Williams scored it 40-36.

Just ten days out of his teenage years, super-lightweight Eithan James was made to work for his fourth professional win, as Kris Pilkington came forward and put pressure on him for the full four rounds. It wasn’t until the final round that James really subdued Pilkington and opened up. Referee Bob Williams scores it 40-36 for James.

In the off-TV show-opener, lightweight Jordan Flynn won his second pro fight, winning every round against Jamie Quinn but never having the journeyman in trouble. Referee Bob Williams scored it 60-54.