Inoue: Casimero Has One-Punch Knockout Power, But He Has A Lot Of Weaknesses

Japan’s Inoue and the Philippines’ Casimero were supposed to square off April 25 in Las Vegas, but their 118-pound championship unification fight was canceled due to the COVID-19 pandemic. Once it became clear their fight wouldn’t be rescheduled until a sizable number of fans could attend, Casimero and Inoue went in different directions.

Casimero (30-4, 21 KOs) retained his WBO belt by knocking out Ghana’s Duke Micah (24-1, 19 KOs) in the third round September 26 at Mohegan Sun Arena in Uncasville, Connecticut. Inoue (19-0, 16 KOs) is scheduled to defend his IBF and WBA belts against Australia’s Jason Moloney (21-1, 18 KOs) on Saturday night at MGM Grand Conference Center in Las Vegas. 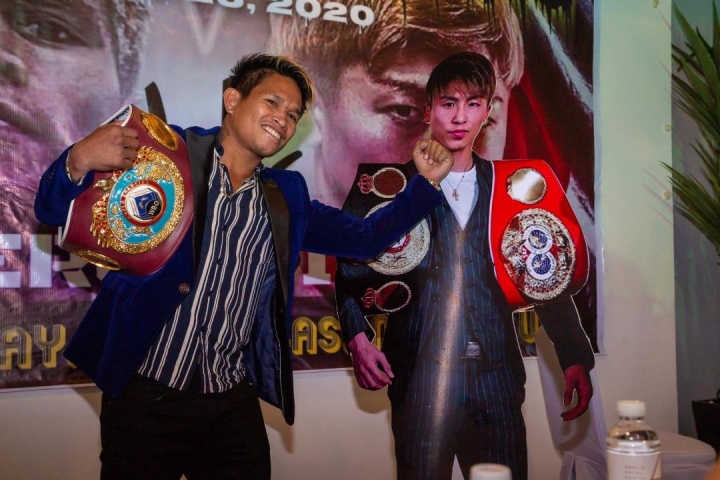 The 27-year-old Inoue is listed as approximately a 12-1 favorite versus Moloney. He still expects a legitimate, albeit different, challenge from Moloney.

“Moloney can fight in any way. He can come and brawl, or he can box. So, I’ll adjust to that based on how he comes out.”

The 29-year-old Moloney has won four straight bouts, all by knockout or technical knockout, since he lost a 12-round split decision to Emmanuel Rodriguez (19-1, 12 KOs) in their fight for the IBF bantamweight championship Rodriguez owned in October 2018. Inoue knocked out Rodriguez in the second round of Rodriguez’s following fight, in May 2019.

ESPN+ will stream the Inoue-Moloney match as the main event of a seven-fight card. Undercard coverage is set to begin at 7:30 p.m. ET/4:30 p.m. PT.

If Inoue wins, he expects his handlers to revisit the Casimero clash.

“Basically, Casimero, has the WBO title,” Inoue said. “That’s the reason I would want to fight him.”

Casimero questioned Inoue’s desire to reschedule their fight in the immediate aftermath of his knockout of Micah.

“Inoue, come on, man,” Casimero exclaimed during his post-fight press conference. “You’re a monster, motherf-cker? You are no monster. You’re a Japanese turtle, not a monster, man. Inoue is scared of me. F-ck, motherf-cker, come on! Next!”

The 31-year-old Casimero also accused Inoue of choosing Moloney over him because Inoue knows it’s an easier fight.

[QUOTE=ThunderFists;20850858]No he wouldnt, ***g0t[/QUOTE] inoue is a gay coward with a padded record. typical japanese "champion" casimero ko this one dimensional plodder

I couldn't wait for this fight to happen.