Hurd: Charlo Fight Not Next; Need Tune-Up to Test Out Shoulder

Jarrett Hurd had hoped his win against Erislandy Lara would lead directly to a 154-pound showdown with Jermell Charlo later this year.

Unfortunately, it appears that Lara-Charlo will have to wait until sometime in 2019, if they can keep winning. Charlo told PBC’s Jordan Hardy for a video segment posted to premierboxingchampions.com that recent shoulder surgery will require about two months away from training and then a tune-up fight to test out his repaired rotator cuff.

Hurd suffered a slightly torn rotator cuff in his left shoulder while training for his 154-pound title unification fight against Lara on April 7 in Las Vegas. After edging Lara (25-3-2, 14 KOs) by split decision in their 12-round bout, the pain in Hurd’s shoulder became intolerable and he decided to have surgery to properly repair his injury. 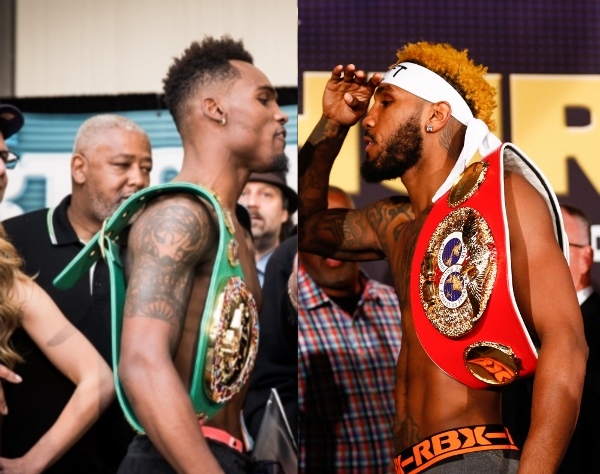 Hurd’s surgeon told him not to use his shoulder for two weeks after having the procedure June 18. Now he’ll need six weeks of rehabilitation and physical therapy before he can resume any kind of boxing training.

“It’s going great,” Hurd told Hardy regarding his recovery. “It’s two weeks of no activity, six weeks of therapy, so altogether about two months I should be back fully training.”

The 27-year-old Hurd (22-0, 15 KOs), of Accokeek, Maryland, wants to test himself against Houston’s Charlo (31-0, 15 KOs), the WBC super welterweight champ. Hurd has decided, though, that he shouldn’t challenge Charlo in his first fight back from his surgery.

“We definitely wanna take a tune-up fight,” Hurd said. “I’m just coming off fighting two southpaws [Lara and Austin Trout], so we wanna have some right-handed fights first and get some tune-up fight to see how my shoulder works out.”

When asked if he has an opponent in mind for his return from shoulder surgery, Hurd mentioned Julian Williams and Brian Castano.

“We’ve got a mandatory in J-Rock, Julian Williams, and Brian Castano,” Hurd said. “But we’ll see. I’m not sure.”

[QUOTE=Dr.Cool;18913216]Lara clearly shook Hurd. Did anyone else even see that fight?!? That was a freaking war. Hurd never had anyone come right at him the whole fight like that. And say what you want, but Lara coulda just as easily…

Lara clearly shook Hurd. Did anyone else even see that fight?!? That was a freaking war. Hurd never had anyone come right at him the whole fight like that. And say what you want, but Lara coulda just as easily…

Lara understands. He wants Charlo next.

[QUOTE=McNulty;18912586]Total lie right there. Rotator cuff surgery is 6 months recovery and that's from a top NFL surgeon. When they say 6 months, double it to be 100% and pain-free.[/QUOTE] Are you FOCKING CRAZY!!! Col Dr Manny Pac says sea…

At least Hurd's "tune ups " are not no names with padded records that nobody has heard of like other protected belt holders. I get the feeling that when the dust finally settles, he is going to be the last…