Humberto Soto was thought to be done with the sport three years ago, looking for one more home appearance before calling it a career.

A decision to return to the ring in 2018 never meant more than in his latest performance, taking a surprise 12-round decision over Brandon Rios in their welterweight battle Saturday evening at home in Tijuana, Mexico.

Scores were surprisingly wide across the board, with Soto prevailing by tallies of 118-112 (Twice) and 119-111 in the first ever DAZN show to air live from Mexico. 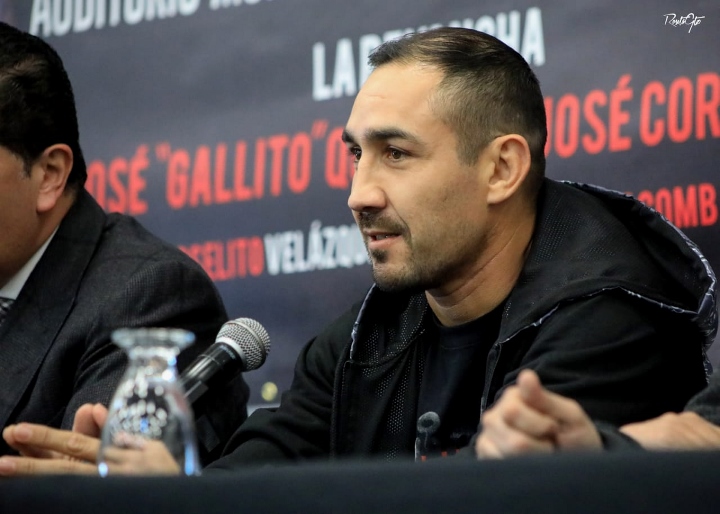 Soto looked every bit his 39 years of age on the surface, his hair thinning and frame carrying a fleshy 146.5 pounds (officially) into the ring. Once the bell rang, the former champ at 126, 130 and 135 pounds surprisingly appeared the far fresher of the two, taking the fight to Rios—who turns 33 in April—in hopes of extending his comeback tour.

Rios, checking in at a career-heaviest 151.75 pounds, was never without his say at any portion of the DAZN main event, planting his shoulder against Soto’s upper frame and scoring with compact left hooks and right hand shots over the top of his opponent’s guard.

The issue was the manner in which he finished rounds. Soto was masterful in executing a 30-second drill in his best effort to sway the judges in any particular three-minute frame that may have otherwise been up for grabs.

After five rounds of a similar pattern playing out, Rios’ head trainer Robert Garcia had seen enough. The veteran cornerman—who has trained Rios throughout his career save for a brief split a couple of years ago—tore into his charge, concerned that he was giving away close rounds and demanded a full effort from bell to bell.

Rios did his best to respond, but even a tiring Soto refused to fade away. At times, the wily former three-division titlist would catch Rios with the same four-punch combination upstairs while also repeatedly finding a home for his double left hook.

The frenetic pace was bound to catch up with Soto, however, as Rios managed to ride out the storm and dictate the pace heading into the second half.

The two never strayed from a phone booth’s distance, but Rios was able to keep his foe’s back on the ropes and smartly continued punching anytime Soto sought to clinch in forcing a break in the action.

Soto fought through fatigue in round nine, one in which Rios was the far busier fighter throughout but once again unable to maintain the upper hand by the end of the frame. Soto waded through a sea of left hooks and overhand rights to uncork right hand shots of his own, opening the door for a flurry of punches that looked more cosmetic than effective, but still creating enough nervous moments in Rios’ corner between rounds.

The final scorecards justified those very fears, despite Rios seemingly closing the fight strong. Soto’s best efforts to continually steal rounds with late surges were thwarted by the former lightweight titlist, who instead of remaining in the pocket would remember to take a step back at the 10-second mark before once again initiating his offense.

In the end, it just didn’t seem to matter as Rios’ fate was sealed in giving away most of the early rounds. As a result, his own comeback hits a speedbump in falling to 35-5-1 (26KOs). The California-based slugger returned to the win column last November, surviving an early scare to put away Ramon Alvarez—Canelo’s older brother—in nine rounds.

No such luck came of his first fight in Mexico in nearly 10 years, as he is now 2-3 in his last five starts and with all five career losses coming in his past nine fights. Aspirations of one more title shot seem highly unlikely, although a proposition which likely would've been met with resistance even if he'd have won the bout.

As for Soto, there exists the possibility of at least one more big fight in a career spanning 22 years. The wily veteran advances to 69-9-2 (37KOs), having now won four straight including a three-fight run since coming out of retirement last May.

[QUOTE=BigZ44;19535761]Correct 🥊 Giyasov opens the show with a stunner! He moves to 7-0, taking out Puerta by 5th round TKO #GiyasovPuerta #RiosSoto pic.twitter.com/U31L7f5wIP— Matchroom Boxing (@MatchroomBoxing) February 24, 2019

I'd love to see a rematch.

[QUOTE=PBR Streetgang;19537165]Hahahaha. "We" are anyone who grew up in areas where certain aspects of life are expected as fundamental certains (running water, sewage systems, paved roads, safety and security, stable governments and currency, basic freedoms, etc.). I count myself in…

[QUOTE=JcLazyX210;19537072]Wait who's we? There's alot more places worst than Mexico on this Earth and alot of people struggling in this world. Congrats Soto!!!![/QUOTE] Hahahaha. "We" are anyone who grew up in areas where certain aspects of life are expected as…

[QUOTE=PBR Streetgang;19537038]Amen to that. It's easy to forget how good we have it sometimes.[/QUOTE] Wait who's we? There's alot more places worst than Mexico on this Earth and alot of people struggling in this world. Congrats Soto!!!!