Humberto Soto Says He May Face Jessie Vargas on April 26

With the recent upset victory over Brandon Rios, former world champion Humberto Soto has got himself back in the mix.

According to Soto, he may become the opponent for Jessie Vargas, who is going to make his junior middleweight debut next month.

Four time world champion "Zorrita" Soto (69-9-2 with 37 knockouts) was as a special guest on Monday night at the Centennial Sports City, and stated that he might fight Vargas in Los Angeles on April 26 at The Forum. 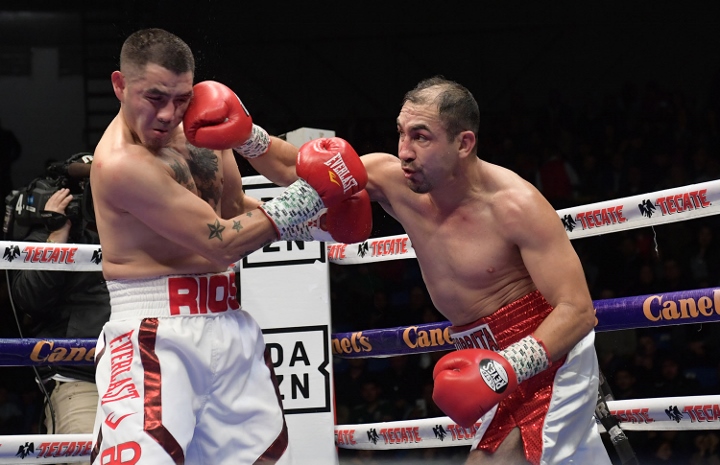 Soto's fight with Rios took place at the junior middleweight limit, after Rios failed to make the welterweight limit and came in at over 151-pounds at the official weigh-in.

"[Jessie Vargas] is the fight that could be the next in my career. At the end of the fight against Rios in Tijuana the promoters approached me and offered me that fight. I asked them for a certain amount of money to make the fight and here we are. They are reviewing my request and as soon as they resolve it, the fight will happen," said the 38-year-old to Efren Garcia.

Soto is already determined to make 2019 the final year of his successful career of 21 years.

"I want to do a big fight to finally say goodbye to this profession that has given me great satisfaction, I want to get to Mr. Manuel López Obrador, or to Governor Quirino Ordaz Coppel and Mayor Billy Chapman to help me, I want to make a big show and make it free admission for a lot of people to go in. It will be a historic date," said Soto.

"At the end of my career I will no longer be in boxing, I see myself somewhere else, doing other things, either as a municipal or state official or as a union leader, as an alliance of workers. I have motivation to be in that."

[QUOTE=P4P Forever;19563175]Im happy for soto if he can pull it off. Vargas pretty seasoned at this point. Has had some big fights. He's not a big puncher generally but puts together combos and can get busy at times. Comes to…

People who think Soto doesn't have a chance in this fight are really overrating Vargas.

[QUOTE=paulf;19560712]John Molina and Brandon Rios both thought Soto was a stepping stone for bigger things. Thought wrong. Don't sleep on him, this fight could turn out differently than you think.[/QUOTE] Yes I agree. Soto wins this fight fresh off the…

[QUOTE=FinitoxDinamita;19560553]Whatever happened to Vargas’ 154 debut? Wasnt Soto-Rios at WW? Soto is way better than Vargas but he is old and outsized. Maybe Soto can put on a throwback performance like Morales did with the likes of Garcia and Maidana.…