Hudaynazarov-Kreal in Crossroads Bout at Westgate in Las Vegas

A crossroads bout between Ravshan Hudaynazarov and Cameron Kreal will take place tonight.

The eight-round clash will take place at the Westgate Hotel and Casino in Las Vegas, Nevada. The fight will headline a five-bout card promoted by Stephen Reid.

“The main event will be a great fight,” Reid told BoxingScene earlier this week. “Hudaynazarov is in tough against a seasoned veteran in Kreal, who has only been knocked out once in his 15 losses. This fight will likely go the distance with action in every round.”

Both fighters currently live and train in Las Vegas and will likely have a partisan crowd cheering them on. 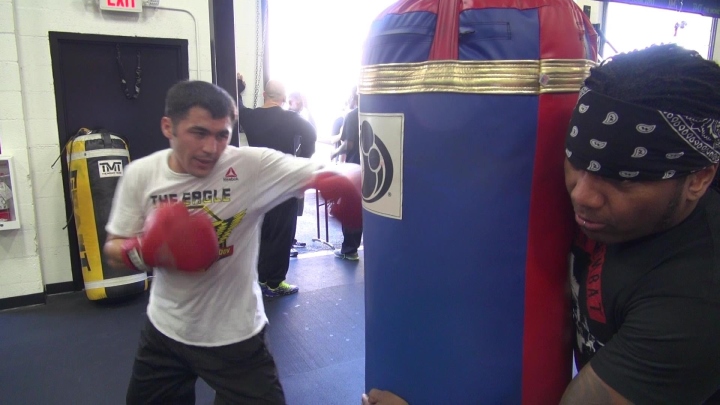 Hudaynazarov (17-3, 13 knockouts), who is originally from Uzbekistan, last fought on Nov. 7 when he was knocked out by unbeaten Santiago Dominguez. The 35-year-old has lost his last three bouts.

Kreal (16-15-3, 4 KOs) is winless in his last two bouts. The Honolulu native has faced the better opposition between the two with mixed results.

In September 2018, Kreal defeated prospect Jose Miguel Borrego by majority-decision over 10 rounds. The 26-year-old rallied, even hurting Egidijus Kavaliauskas during the final two rounds before losing a close unanimous decision in October 2016.

Two other Las Vegas residents will also fight on the card. Cruiserweight Will Clemons (4-0, 2 KOs) will square off against Victor Toney (5-1, 4 KOs) of Canton, Ohio in a six-round bout.

Reid hopes to stage monthly shows in Las Vegas and believes he has the resources to make that become reality.

“I want monthly shows at the Westgate,” said Reid. “Small and medium-six promoters are no longer here (in Las Vegas) and we are trying to bring it back. (Former referee) Richard Steele is the main advisor where his experience and skills give every fighter a chance in the ring.”

“These boxers are all hungry and ready to show Las Vegas what they are made of.”