The event will be streamed live on Facebook Watch via the Golden Boy Fight Night Page beginning at 10:00 p.m. ET/7:00 p.m. PT. The series will also be available on regional sports networks around the nation.

Hovhannisyan is a 31-year-old slugger who has developed into one of the most exciting contenders in the 122-pound division. After victories against the likes of Ronny Rios and Sergio "El Frio Finito" Frias, the native of Yerevan, Armenia earned is first world title opportunity against Rey Vargas in May 2018. Hovhannisyan delivered an impressive performance, though he was unsuccessful. He is now coming of three straight knockout victories and will be one step away from a world title shot if he can get past Manzanilla.

"I feel I have a big responsibility by being the main event," said Azat Hovhannisyan. "I feel I have to put on an even better show now. Manzanilla is strong, but his boxing abilities aren't strong. On Sept. 5, there will be a knockout." 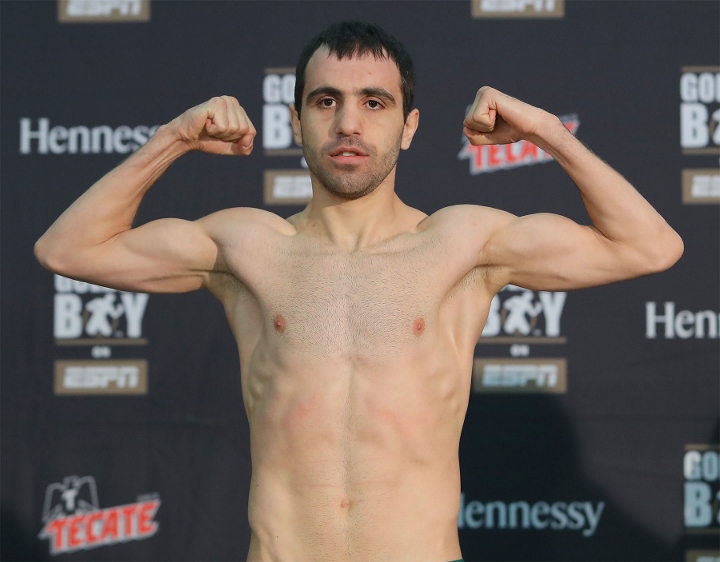 Despite a rough start to his professional career, Manzanilla exploded onto the scene at 122 pounds with a stunning upset victory against Julio Cesar "Pollito" Ceja in May of last year. That victory earned the Venezuelan contender a shot at Rey Vargas for the WBC Super Bantamweight World Title in February of this year. The 31-year-old boxer delivered a great performance and even dropped Vargas early in the fight Both me have fought the same person for a title belt, and now they'll see who among them is worthy of another title shot.

"Without a doubt I left a great impression in my United States debut against world champion Rey Vargas," said Franklin Manzanilla. "Now they have offered the opportunity to fight Azat Hovhannisyan, who is a strong fighter that is highly recognized in the sport. However, I promise that I will walk away with my hand raised in victory to show that I am a solid contender for a world championship."

Edwin Soto (8-0, 8 KOs) of Salinas, Puerto Rico will return in a four-round bout in the super featherweight division.

This is a really good action fight. Guaranteed to see a knock out!