A spokesman for Bob Arum’s Top Rank Inc. confirmed the postponement, first reported by ESPN.com, to BoxingScene.com at an open workout Wednesday to promote the company’s card Saturday night in The Theater at Madison Square Garden.

The fight for Horn’s WBO welterweight title was tentatively scheduled for April 14 at Mandalay Bay Events Center in Las Vegas. As of Wednesday, however, the card had not been officially announced by Top Rank and tickets had not gone on sale. 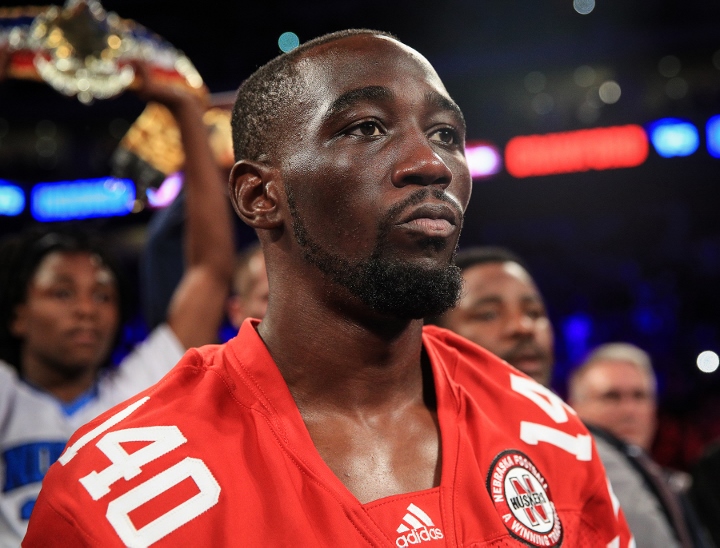 The card was supposed to take place four weeks from Saturday night. Not selling tickets that close to an event is an oddity in boxing.

According to Arum, the card headlined by Horn-Crawford could be rescheduled for May 19 or sometime early in June because Crawford’s injury isn’t considered serious. Arum also said that the show still will take place in Las Vegas.

The 29-year-old Crawford hasn’t fought since knocking out Namibia’s Julius Indongo (22-2, 11 KOs) in the third round of their 140-pound title unification fight August 19 in Lincoln, Nebraska.

[QUOTE=Boxing lives;18576247]I don't know man I think Crawford clearly wasn't ready to get stung by the Hornet! I mean this guy has never pulled out of a fight like that before. He realized this Jeff Horn is an absolute animal…

They wanted to give Horn maximum time to train so he and his trainer won't have any excuses when Crawford beats the brakes off of him.

[QUOTE=Boxing lives;18576247]I don't know man I think Crawford clearly wasn't ready to get stung by the Hornet! I mean this guy has never pulled out of a fight like that before. He realized this Jeff Horn is an absolute animal…

[QUOTE=Steven Mccowan;18574478]he had a fight after the politician fight. Didnt look scary then either lol. Like i said. The azz whippin just got held back a month. No big deal and not a sign of fearing horn lol. Pac is…

[QUOTE=Steven Mccowan;18575883]I just said this is his first time hurt and having fight delayed. Anyway the fight will happen and horn will lose that fight and nobody will think any more of it lol. No use in me making same…