Horn Confident He Can KO Crawford: All I Need is One Shot!

Jeff Horn's world title fight against Terence Crawford is unlikely to go the distance in Las Vegas - one way or the other.

Crawford, regarded as one of the best boxers in the world, is huge underdog to win the contest.

Crawford has won 23 of his 32 professional fights by knockout and challenges Horn (18-0-1, 12 KOs) for the WBO welterweight title on June 9th at the MGM Grand in Las Vegas. 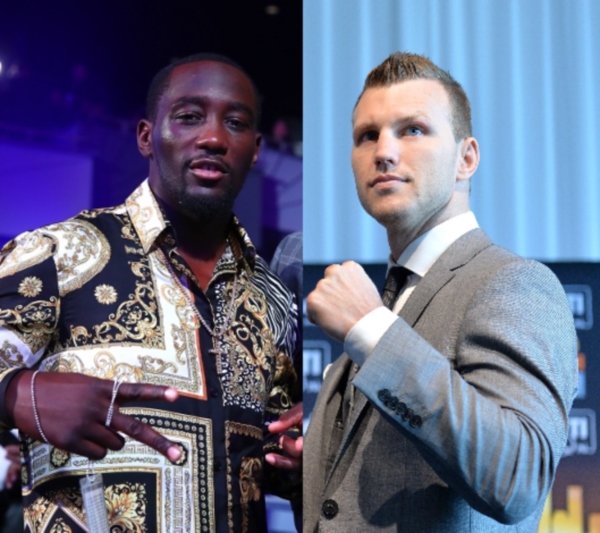 Crawford won world titles at lightweight and junior welterweight - and now he's heading up for his third world title.

Horn is regarded as a big welterweight - and he believes his power will make a difference in the fight.

"I only need one shot ... He's going to be fast and hard to hit but, if I can land it, he's definitely going to be on the back foot," Horn told reporters.

Horn, whose colourful trainer Glenn Rushton says he has "the right hand from hell", says it's all part of his strategy to upset two-division world champion Crawford.

"I can't sit back there and think I'm going to counter-fight another counter- fighter," Horn said.

"He's very good at doing that and I've just got to rough him up a little bit."

The 30-year-old  said he felt in better shape than he did before his 2017 points title win over Manny Pacquiao.

"Weight-wise, I'm pretty good. I'm actually in the 150s at the moment ... So if I can stay here or get a little bit lighter, I'm going to make it (the weight limit) easily," he said.

Rushton hinted Horn had dropped numerous opponents in the past few weeks while sparring.

"I don't punch and tell but I'm doing very well at the moment," he said in reply to a question about his sparring partners.

Horn will continue his preparation with American stylist Ray Robinson, who had previously beaten Crawford in the amateurs.

I think horn will try to lean on Crawford, use his head too, but bud will get away from that attacking style easily.

[QUOTE=revelated;18784624]Thank you for speaking truth on the matter.[/QUOTE] So what are the odds for this fight? I was talking to brother in-law last night and he was telling me that Crawford is a big time favorite. Can someone post the…

[QUOTE=sportbuddha;18788001]I didn’t know that, definitely good news for Horn, surprised Crawford’s camp signed off on that, must be very confident[/QUOTE] All Crawford has to do is pot shot and "run" like he did against Postol. And that's the only way…

[QUOTE=revelated;18784748]Last I checked the fight was still being reffed by Tony Weeks. Ya'll musta forgot about Weeks. Or did you not see Broner/Porter? Mayweather/Maidana 1? Kov/Ward 1? The infamous takedown sequence in Wilder/Stiverne 1? If Jeff 'The Hornet' Horn gets…

[QUOTE=miniq;18785100]Anyone who goes into a fight thinking all they need is one shot or that one shot is their hope then they will get brutally DESTROYED Crawford is going to box this guys NUT OFF Marcos Maidana was a power…