Hopey Price: I Think I Proved That I Can Adapt To Any Situation

The 20-year-old, trained and managed by Dave Coldwell in Rotherham, neutralised the early aggression of Phillips to seal a comfortable 60-54 verdict. 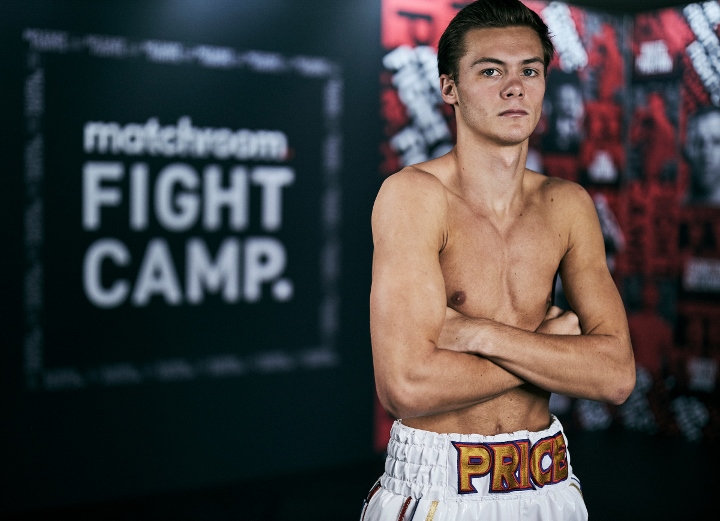 "I'm very happy with my performance," said Price. "I've been working with Dave Coldwell over the past year since I turned pro. I sparred with Kid Galahad and Jordan Gill and it has brought me on leaps and bounds. I'm not just a one dimensional fighter. I can adapt to any situation and I think I proved that tonight.

"As you saw through fight week, he's a pretty hyped up fella and he talks a lot. You see him banging his gloves and banging his chest. I might only be a young kid but I've got an old head on my shoulders. I just had to keep boxing and keep disciplined. I did what I needed to do tonight.

"I've been training for weeks but I never knew who I was boxing. I prepared for any style. He was a game kid but I dealt with it very well tonight. He started slowing down around rounds three and four. I started putting my shots together nicely in rounds five and six. It was a good performance. He's a tough kid and he's never been stopped."

"The sparring he had with Kid Galahad was invaluable," said Coldwell. "It's about learning how to manage. When there is a tornado, don't go straight into it. Wait for it to blow itself out then get to work. They are the kind of fights to ask questions of Price. You saw tonight that when he is put under pressure by a stronger man, he can handle it."

Not too sure how the BBBofC work there area titles out, but if Hopey's elegible to fight for the Central area title then there's a guy called Zahid Hussain who holds the belt, so maybe a clash with him could…

If he had stopped would be have been great, he is not a puncher thats for sure

Beating a 5-4 erratic novice does not equate to "I can now handle any situation!" Sorry to be the bearer of bad news. The opponent who looked like an anorexic Tommy Robinson ran after Ivan Price for a couple of…

Pricey surprised me. I was actually expecting an upset. That guy was crazy.