Hopey Price recorded the third win of his fledgling professional career as he recorded a one-sided points victory over Jonny Phillips in a featherweight six-rounder on the Fight Camp card.

Price, a southpaw, has a bit of the Luke Campbell about him, but is yet to develop his power. The 20-year-old won a Youth Olympics gold medal in Buenos Aires in 2018 and showed good patience before slowly breaking down a sometimes wild opponent. 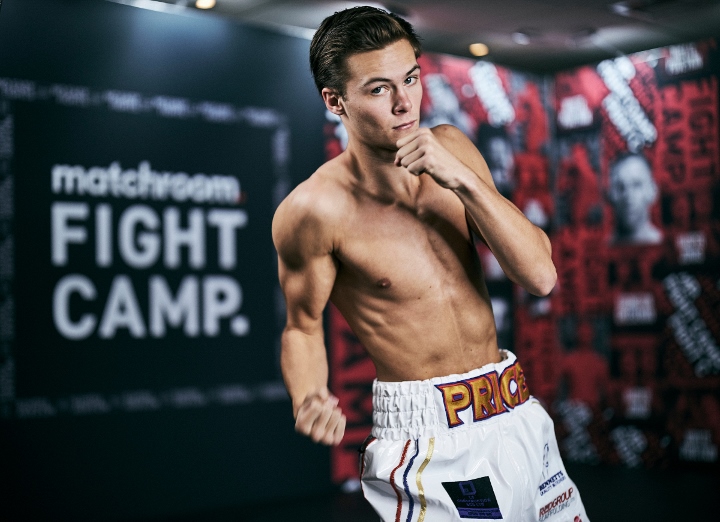 Phillips tried his best to rough Price up, charging at Price and then trying to outmuscle him in close. But when Price found space, he picked Phillips off well, switching from head to body.

By the fourth round, Phillips had run out of ideas and Price was getting it his own way and went on the retreat as Price went after him. Phillips gave it another go in the fifth, but Price was timing him well and making him pay for every miss.

“I felt I performed well,” Price said. “I felt I could have done more at times, but he was coming in with his head and swinging and you can’t afford to take them risks. This game’s only one shot and the fight is over and it ruins my whole plan. I’ve got to be a bit older and wiser, even though I am young, and stick to my guns and do what Dave (Coldwell, his trainer) said.

“When I started picking shots downstairs, he slowed down really quickly.”