Hooker: I'd Shock Prograis; Make It Easier Than People Think

Hooker hopes he gets an opportunity to avenge that defeat by boxing the former WBA 140-pound champion in what could be the next fight for both boxers. Dallas’ Hooker respects Prograis, yet he is confident he’d out-box the powerful southpaw from New Orleans.

“I would love that fight,” Hooker told BoxingScene.com. “It’s gonna be a good fight. I’m pretty sure I might be the underdog, but I think I’d come in the ring and I would shock him. I’m not saying it’d be a war, because if it’s a war, I’m not fighting my fight. I would out-box him. I’d make the fight easier than what people think it’s gonna be.” 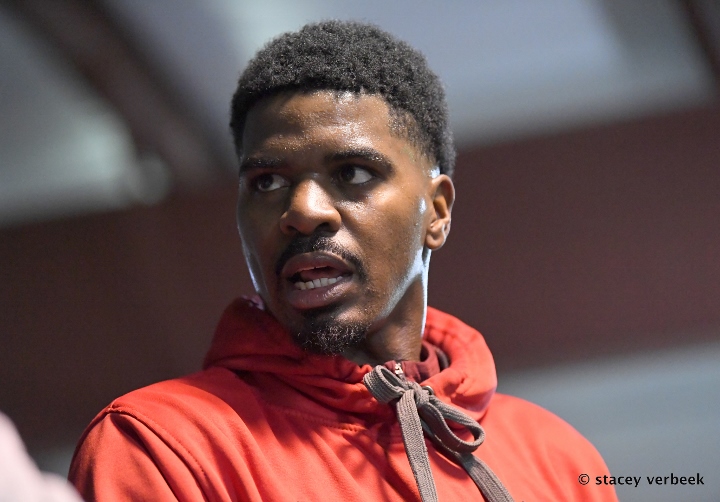 Roc Nation Sports’ Dino Duva, Hooker’s co-promoter, has had preliminary talks with Eddie Hearn, Hooker’s other promoter, about scheduling a Hooker-Prograis fight for some time in April. Prograis (24-1, 20 KOs) is promoted by Lou DiBella.

“That’s something we’ve been discussing,” Duva said. “It’s not anywhere near seriousness yet, but it’s something that we’ve discussed. I know Prograis is interested in it. I’ve talked to Eddie Hearn and DAZN about it. It’s not at the point yet where it’s very serious on terms or anything. There’s other things that we’re exploring, too, at the same time.”

“That was a good fight,” Hooker said. “Taylor won, but not by that much. You know, probably by a round or two. It could’ve even been a draw. I just feel like Taylor was the bigger guy. He started using his size close to the end of the fight.”

The 30-year-old Hooker (27-1-3, 18 KOs) bounced back from his first professional loss – a sixth-round, technical-knockout defeat to Jose Ramirez – by stopping Uriel Perez (19-5, 17 KOs) in the first round December 20 at Talking Stick Resort Arena in Phoenix. Hooker lost the WBO junior welterweight title to Ramirez (25-0, 17 KOs) in what had been a very competitive title unification fight July 27 at College Park Center in Arlington, Texas.

[QUOTE=Mister Wolf;20343238]Dude hurt your feelings with those threads he started and the documents to back up his claims.[/QUOTE] lol. ''those threads''

[QUOTE=Young Bidness;20342358]Hearn to offer $3-5 tickets for the Texas community for another cheap Hooker event! Every Texan’s Hooker price![/QUOTE] Dude hurt your feelings with those threads he started and the documents to back up his claims.

Prograis was the FOTY till Inoue - Donaire came

Hearn to offer $3-5 tickets for the Texas community for another cheap Hooker event! Every Texan’s Hooker price!

This is a good fight get it made