NEW YORK – Maurice Hooker stepped on and off the scale so many times March 8, he lost count.

The WBO junior welterweight champion eventually got down to his division’s 140-pound limit that day for his optional title defense versus Mikkel LesPierre. 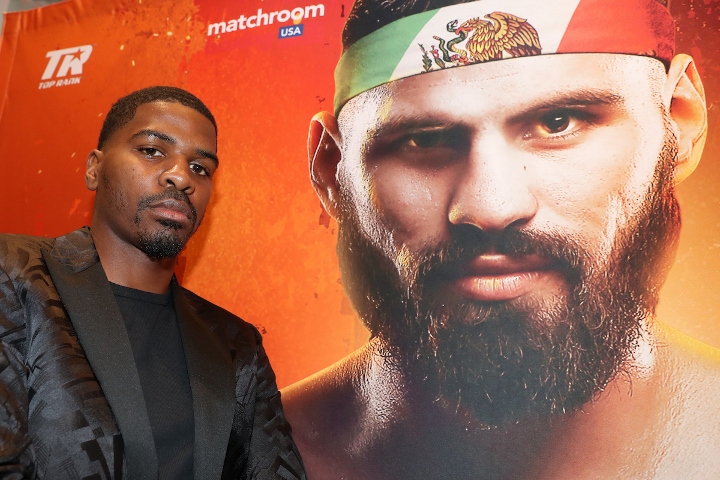 Struggling so much to make weight for that bout taught Hooker an invaluable lesson, though. His weigh-in ordeal has served as a reminder of how to properly prepare throughout training camp for his upcoming title unification fight against Jose Ramirez.

“I watched the fight,” Hooker said. “I was too heavy. I was sluggish. I hurt him, but I couldn’t finish the job. I was worried that I might get tired. That was in the back of my head. I didn’t get tired, but I was afraid to step on the gas to get him out of there.”

Hooker addressed what he considers a sub-par performance with his team following that fight.

“That was my fault,” Hooker said. “I apologized to everybody for it. I’m a world champion, and I should’ve came in on weight, you know?”

Hooker expects a much more difficult fight from Ramirez (24-0, 16 KOs), the WBC 140-pound champion, when they meet July 27. DAZN will stream their scheduled 12-rounder from College Park Center in Arlington, Texas, just outside of Hooker’s hometown.

Ready for the Ramirez fight, but I'll say this as I've always said....when a guy misses weight ONCE, I can't trust myself with supporting them any further. It's not like I don't like Hooker, but I just don't see how…

Sounds like excuses to me. What's he going to say after Ramirez thumps him, I didn't eat right ?

I’m such a fan of Mighty Mo ever since he got off the campus to stop Saucedo. It might be (excluding Wilder/Fury) my favorite fight of 2018.

Hooker has grown on me too. Hope he can manage his weight issues so it does not impact his performance against Ramirez cos it is not going to be an easy rumble.