Holyfield Open To Helping McGregor Prepare For Fight With Pacquiao

McGregor made his boxing debut in August of 2017, when he suffered a ten round TKO loss at the hands of Floyd Mayweather.

McGregor started well, but he was unable to sustain that success as Mayweather broke him down as the contest played out. 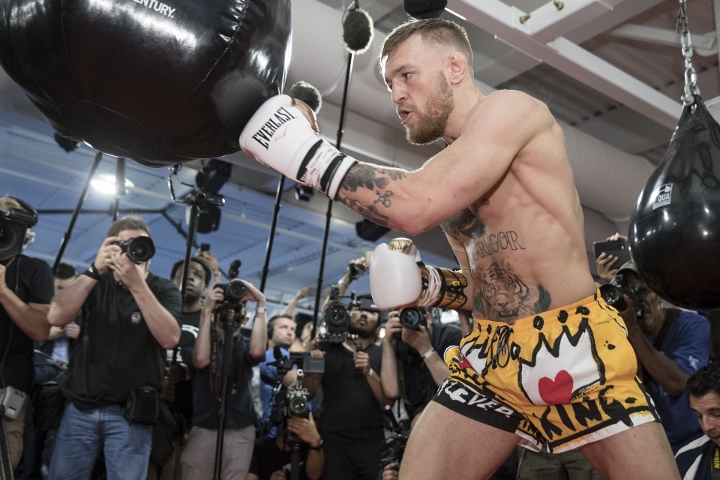 After that loss, McGregor returned to the world of mixed martial arts and continues to compete for the UFC.

But last year, McGregor began calling for a boxing match with Pacquiao - and both fighters are represented by the same management company.

If he was approached for his help, Holyfield would be open to the idea of passing on some knowledge to McGregor.

“If I was asked then I would go out to him and say to him, ‘You know what, do this thing’,” Holyfield told Sun Sport.

“The thing is I know boxing, but I realise the more you tell a person what to do it’s going to make him slow because a guy can get confused while in a fight with too much information. This is what you have to do. So, what I’m talking about is the person with the advantage – Manny against McGregor – is always the guy who’s been doing it longer. Pacquiao won’t have to think much as it’s going to be a boxing match compared to Conor McGregor.”

Pacquiao has been out of the ring since July of 2019, when he captured the WBA title with a twelve round decision over undefeated Keith Thurman.

[QUOTE=theface07;21015928]You are obviously blinded by your pro American stance regardless of the circumstances. How many weight classes did he win world titles in again? Who holds the record for titles in more weight classes? He still has something to prove?…

No worries, this kind of fight can't be taken seriously, so I can see where you're coming from!

[QUOTE=Roadblock;21014114]This is total BS, in boxing you always have something to prove as another man will stand in front of you he has nothing to prove when he is retired, Manny wants one foot in so he can yap yap…