When WBO junior lightweight champion Jamel Herring got the call on Monday from Jamie Conlan of MTK Global, Herring’s adviser, and was told that his already delayed title defense against Carl Frampton was being postponed, he was not at all surprised. Disappointed, yes, but not surprised.

“I actually was hearing about this, honestly, for the last two, three days, the rumors,” Herring told BoxingScene on Tuesday night. “MTK was frustrated because (promoter) Frank Warren’s side hasn’t been keeping us in the loop about much. We were still literally last week trying to get plane tickets to go over to the UK.”

Warren was scheduled to put on the fight Feb. 27 in London without spectators due to the coronavirus pandemic with BT Sport televising it in the United Kingdom. However, conspicuously missing from any pre-fight promotion was the expected announcement that the fight would air on an ESPN platform, probably ESPN+, since Top Rank, which has an exclusive deal with ESPN, promotes Herring and is Frampton’s co-promoter. Top Rank had signed off on allowing Warren to put the fight deal together and to promote it.

Warren, however, according to a source with knowledge of the situation, expected Top Rank to bankroll much of the cost of the bout from the ESPN budget it controls but Top Rank pushed back, reasoning that he made the deal for the fight with MTK, which also is Frampton’s adviser, so paying for it was his issue.

“I think it’s some bull----. All of a sudden, (Frampton) hurt his hand? Yeah, right,” Brian “Bomac” McIntyre, Herring’s trainer and manager told BoxingScene on Tuesday night. “We didn’t even receive flights or anything before we were supposed to leave and then we got no flights and all of a sudden he hurt his hand? Get the f--- out of here. I don’t know what they’re doing over there.

“Last week, I asked (Top Rank chief operating officer) Brad Jacobs if (ESPN) was going to pick up the fight and he just said straight out, ‘No. I’m not trying to be cute or anything but we’re not.’ I was like, ‘OK.’”

McIntyre said they were due supposed to fly to London on Friday but they had yet to be given an itinerary or plane tickets. 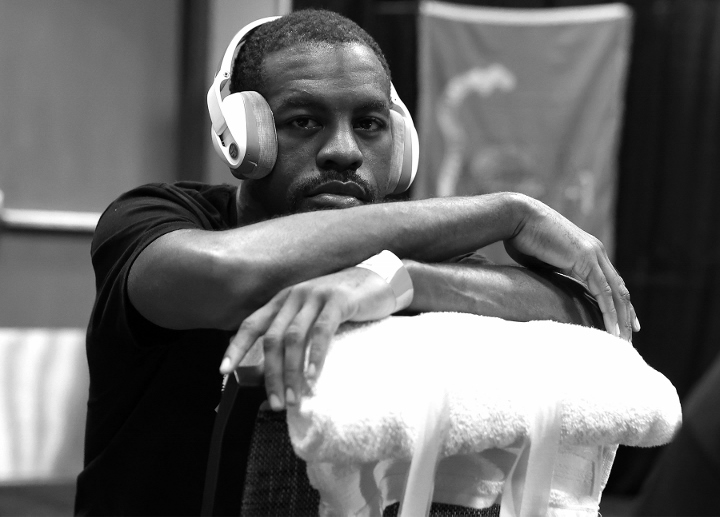 Herring and McIntyre said Conlan told them MTK and Top Rank would take over promotion of the fight and that it would be rescheduled for March 27 at a site to be determined.

“From what I hear, Top Rank is moving forward with the fight now, so we’ll see,” McIntyre said.

Said Herring, “It seems like at this point I believe that MTK along with Top Rank, they’ll be taking over the promotion, and I’ve been hearing that the fight may also move outside of London as well. With MTK it still might be held out there (in the United Kingdom), but they’re taking over from here. I speak to Jamie Conlan every day. He’s been keeping me in the loop. He’s been a great help. We’ll get more concrete answers in the next few days.

“I’ve been told it will be pushed back to March 27. We can just go off what (MTK) is saying. As of now, in terms of Frank Warren, I can’t really say much on that because we haven’t really gotten much from them throughout the whole buildup to be honest with you. Jamie Conlan hit me up (Tuesday) morning and he said they’re taking over the fight and they’re gonna put more emphasis on Top Rank to do their part as well. We’ll definitely get the fight on. I’m not gonna stress. I’m not worried. I’ve been through worse.

“My trainer is probably more upset than anyone on the team because he knows we’ve put in a lot of work and he feels like this is the best training camp I’ve had. My team is taking it a lot harder than I am. I’m OK.”

Herring, who has been in training camp in Colorado Springs since November, said he would continue to train while awaiting concrete information on the new date, but will make sure he does not overdo it.

“For the most part my team will pull me back a little bit so I don’t completely over train and do too much to jeopardize my performance in the future,” Herring said.

Herring (22-2, 10 KOs), a 35-year-old southpaw from Coram, New York, is supposed to make his third title defense against Frampton (28-2, 16 KOs), 33, of Northern Ireland, a former junior featherweight and featherweight titlist, who is seeking to win a world title in his third weight class.

The fight has been moving dates since the fall. Initially, the fight was slated for December, but when Herring suffered a scratched cornea in a Sept. 5 defense he won when Jonathan Oquendo was disqualified in the eighth round for intentional head butting, the bout was penciled in for January and then moved to Feb. 27.

Herring said he has recovered from the rough fight with Oquendo and will be ready for March 27 or whatever date the fight is rescheduled for.

“My eye is fine. I bounced back really strong. There have been no setbacks with my health or that issue,” Herring said. “I’ve been good, looking real strong in camp and, of course, I have Terence (Crawford) here with me and he’s been pushing me. When you’re doing the hard work and things like this happen (it’s disappointing) but at the same time we’re all professionals and no matter what we will get past this and move forward.

“I was already in my weight range about three days ago. So, I was already there. You know me. I always maintain my discipline. For the most, I’m not worried about (rescheduling the fight) because like ‘Bomac’ said, we’ve been here before but this time around I’m not sick. I’m fully healthy. I’m strong.”

Herring added that he did not think Frampton was in any way trying to avoid him.

“We know he’s had hand injuries in the past, so I’m giving him the reasonable doubt over this,” Herring said. “I’m not saying he may be trying to run away from the fight. From what I’ve been told by MTK he actually is the one who actually begged that the fight wouldn’t get canceled or completely thrown away.”