The news recently broke that Felix "Diamante" Verdejo (25-1) recently broke ties with long time manager and trainer Ricky Marquez.  Verdejo had struggled in his recent fights and those struggled culminated with a knockout loss to Antonio Lozada in 2018.

The 2012 Puerto Rican Olympian bounced back from that loss with two victories but still wasn't satisfied with his in ring performances.

The still only 26-year-old Verdejo has now relocated his training camps to Las Vegas and will be trained by highly regarded Cuban coach Ismael Salas. He is also working with top strength and conditioning coach Angel "Memo" Heredia who believes that Salas will bring out the best in the Top Rank Inc. promoted fighter.

"I think they are a great pairing. Salas is not just a tremendous person but he is a great professor of boxing so I am very excited and definitely looking forward to the improvements Verdejo will make with his technique.  I spoke to Salas and he told me that he is going to reprogram Felix as far as technique. Pretty much the same thing he did with (Jorge) Linares. I know he works very well in the corner and is a good technician," Heredia told BoxingScene.com. 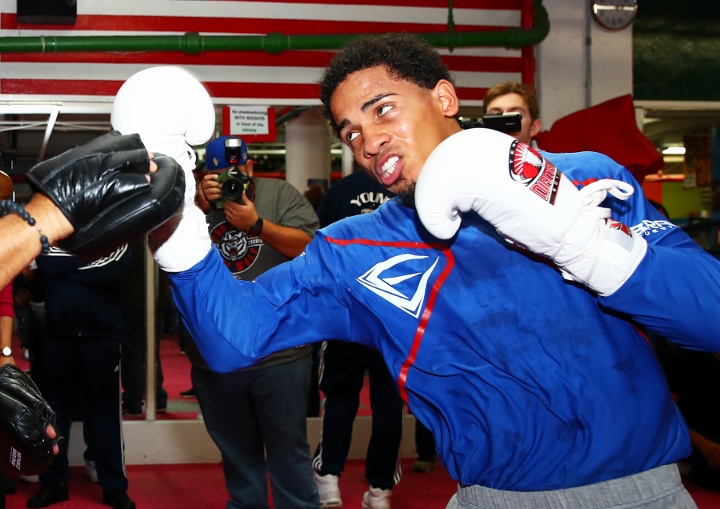 As far as the move to Las Vegas to train, Heredia felt it was necessary.  Heredia worked with Verdejo in Puerto Rico for his last 2 training camps and said that they didn't experience any issues but believes that Las Vegas is the perfect place for Verdejo to realize his potential.

"I think it is good that he came out to Vegas. I know it is hard for him. He has his daughter and he is very attached to his daughter and his family. He understands that in order to progress his boxing career that he needs to stay away from Puerto Rico," Heredia stated.

"Even when I was working with him there for his last 2 camps he was very disciplined.  I had no issues with him. He responded well and never missed training.  Right now it is a move where he is trying to refresh his career and Las Vegas is the best boxing city in the world."