Heiland: I Don't Feel Like The Underdog With Charlo, I'm Confident

Sebastian Heiland understands the daunting task that awaits him.

The Argentine underdog will face an undefeated, emerging star Saturday night in a fight that is supposed to lead Jermall Charlo toward the winner of the Gennady Golovkin-Canelo Alvarez fight September 16 in Las Vegas. His 12-round WBC middleweight elimination match against Charlo (25-0, 19 KOs) will mark just the second fight in the United States for Buenos Aires’ Heiland (29-4-2, 16 KOs), but he isn’t intimidated by what figures to be the toughest test of his 10-year pro career.

“I know Charlo is a great fighter, but I don’t feel like the underdog because I obviously have confidence in myself,” Heiland said through a translator as part of a recent conference call. “I have my experience and I had a great training camp back home. And as I said before, I came here prepared for the battle and I am aiming, of course, to be the winner. If you guys consider me the underdog, I really don’t care.” 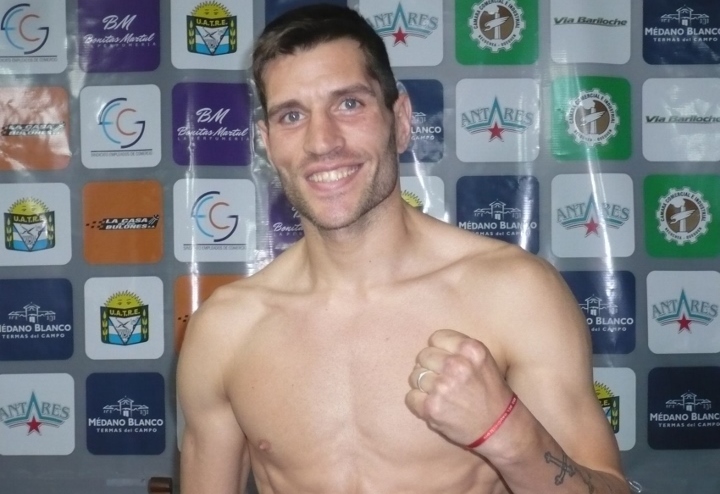 The 30-year-old Heiland expected to get a title shot already, as the southpaw has been the WBC’s No. 1 contender at 160 pounds for two years. Houston’s Charlo, 27, gave up his IBF junior middleweight title earlier this year to move up to the middleweight division.

“During those two years that I was sitting in the No. 1 position in the WBC rankings, I went through a lot of things,” said Heiland, who didn’t elaborate on his struggles. “But I never quit, I never stopped training. So obviously for me this is a crucial point for my career and my personal life. So obviously it would be very important to beat a guy the magnitude of Charlo in his own backyard.”

Heiland has won eight straight fights, but his last loss, a 10-round majority decision, came against Argentina’s Mateo Damian Veron, who entered their June 2013 bout with a 16-8-2 record.

Three fights later, Heiland stopped Veron in the fifth round of their rematch. Heiland also knocked out Veron in the eighth round of his last fight, April 21 in Buenos Aires.

“He’s decent,” Charlo said. “He’s a fighter that knows what he’s doing and he knows what he came here for. He’s been fighting since 2007. He’s from Argentina and it’s not like it is in America, so he has to take the same route and he made it this far. For two years in a row, being the No. 1 WBC fighter, I’m not taking him lightly at all.”

[QUOTE=daggum;17886946]heiland is far too slick for this plodder. he shoulndt be confident though since he will almost certainly get robbed.[/QUOTE] Lol what???

heiland is far too slick for this plodder. he shoulndt be confident though since he will almost certainly get robbed.

Checking out some of Heiland's fights. This dude is f*cked.

Heiland will get flattened

[QUOTE=OctoberRed;17885586]Heiland is tough, but he's about to lose his mandatory ranking here.[/QUOTE] If you are tough, you showed that vs real bangers, people with real power. What rival of Heiland has that characteristics?