Heavyweight Rematches – What History Shows Us

When Anthony Joshua decided to go for an instant rematch with Andy Ruiz, the comparison everyone reached to in order to justify the decision was Lennox Lewis.

It was a shock every bit as big as Ruiz’s win over Joshua when Lewis was flattened by Hasim Rahman in South Africa in 2001. Revenge, though, was swift and conclusive as Lewis left the American flat on his back in the fourth round in Las Vegas seven months later.

But history is far from conclusive when it comes to heavyweight champions looking to win their titles back. Of the ten occasions a losing world heavyweight champion has attempted to regain their belt in an immediate rematch, only three have been successful, five lost and two drew. 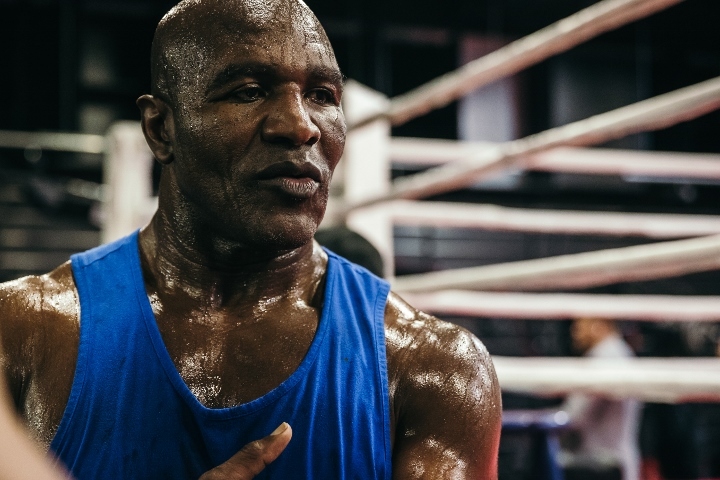 It is perhaps not surprising. After all, having beaten the old champion once, there is no reason they will not prove their superior again.

The first instance of a heavyweight champion going for a direct rematch came in 1960, when Floyd Patterson faced with Ingemar Johansson, who had produced a big shock to take the title from him the previous year. Patterson won the rematch with a fifth-round knockout and one year later, Johansson became the second former champion to get a straight return fight, but he could not claim his belt back from Patterson, as the American won again, this time in the sixth round.

No boxer could have felt more humiliated by a loss than when Patterson lost the title to Sonny Liston in 126 seconds in 1962. So ashamed was he that he wore a false beard, moustache and dark glasses so he could sneak out of the stadium unnoticed and drive home to New York from Chicago. He was still wearing the disguise when he was stopped by the police for speeding two states away.

Once again, Patterson got a direct rematch, ten months later at the Convention Center in Las Vegas, the first heavyweight title fight to take place in what was to become the world’s boxing capital. Patterson lasted only four seconds longer than the first fight, being knocked down three times in the process.

After Liston lost the title to Cassius Clay, retiring on his stool after six rounds in Miami in 1964, he got a rematch, facing the champion, who by now was known as Muhammad Ali, three months later in front of a tiny crowd in Lewiston, Maine. The fight became notorious, as Liston was knocked out by what became known as the “phantom punch”, a sharp right that only seemed the graze him, in the first round.

More than 13 years later, it would be Ali’s attempt to regain the crown that he lost in a big shock to Leon Spinks. Seven months after losing a split decision in Las Vegas, Ali became the first three-time world heavyweight champion with a wide points decision over Spinks in front of more than 60,000 fans at the Superdome in New Orleans.

After losing his WBA heavyweight title to Michael Dokes in 1982, Mike Weaver got a rematch five months later. The second time, the fight ended in a draw.

Larry Holmes only held the IBF title when he lost a close points decision to Michael Spinks in 1985, a defeat that cost Holmes the chance to equal Rocky Marciano’s 49-fight unbeaten record. They met again seven months later and Spinks repeated the win in another close fight.

Another rematch took place in 1997 at the MGM Grand in Las Vegas, as Mike Tyson attempted to gain revenge over Evander Holyfield, who had stopped him in the eleventh round seven months before. The return went down in boxing history but not for good reasons as Tyson was disqualified in the third round after biting off part of Holyfield’s ear.

The month after Lewis had regained revenge over Rahman, Holyfield was seeking to regain the WBA title in an instant rematch with John Ruiz. It was actually their third fight in a row. Holyfield had won the vacant title in their first fight, Ruiz won the return. But Holyfield would be denied as he tried to win back the title again, as it ended in a draw.

Had Joshua taken one warm-up fight, history would be no great help as to the result. After losing the title to Gene Tunney, Jack Dempsey beat future champion Jack Sharkey before taking the rematch in 1927. Dempsey lost again, on points over ten rounds, but some would argue for years that he got a raw deal in a bout remembered as “The Fight of the Long Count”, as Tunney was given 14 seconds to rise from a knockdown.

In the only other instance of a rematch delayed for one fight, Holyfield gained revenge over Riddick Bowe in 1993, having beaten Alex Stewart in the interim.

[QUOTE=PRINCEKOOL;20227339]1: Fury could not hurt Wladimir Kiltschko. 2: Kiltschko was backing up Tyson Fury all night. And since that performance Fury has shown, that he is pretty much a one trick pony at elite level 'He fights that same fight…

[QUOTE=Champ Wilder;20227281]:haha: I'm sorry, Wlad is a great champion.. but uh, Fury is his kryptonite. He can't handle tall awkward fighters, it's not him. Never was.[/QUOTE] 1: Fury could not hurt Wladimir Kiltschko. 2: Kiltschko was backing up Tyson Fury…

[QUOTE=ralex;20227114]good point. Ruiz’s win wasn’t a fluke shot like Rahmans[/QUOTE] Indeed. Well i wouldn’t say fluke because it was thrown with intent, but almost anyone can get caught and knocked out in boxing. Aside from that, there was no reason…