Saudi Arabia dropped down a heavy amount of money to beat out all of the possible locations and venues who were trying very hard to secure the Joshua-Ruiz rematch.

At the moment, Saudi Arabia has continued to flex a massive wallet as the country pursues numerous mega-fights that are being discussed for the future. 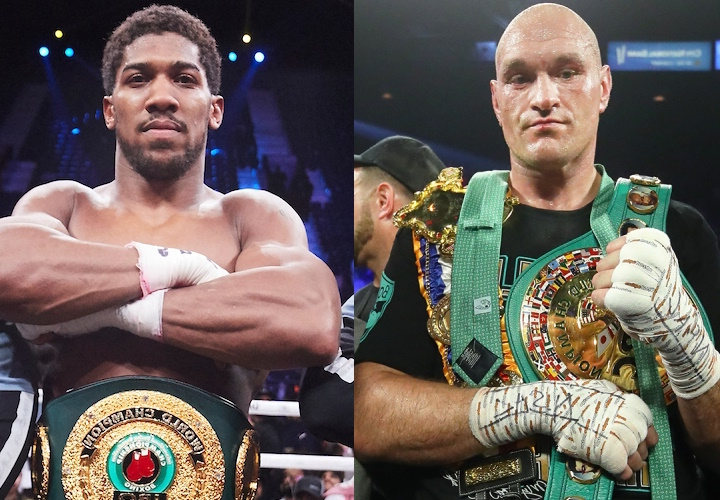 The biggest fight to be made in the UK market is a heavyweight showdown between Joshua and domestic rival Tyson Fury.

Fury will challenge WBC champion Deontay Wilder on February 22 at the MGM Grand in Las Vegas.

Joshua has two mandatory defenses on his plate - against IBF mandatory Kubrat Pulev and the WBO's top challenger Oleksandr Usyk.

If they both continue to win, Joshua and Fury could potentially collide in the ring.

Eddie Hearn, the promoter for Joshua, believes Saudi Arabia could easily beat out the UK to secure the rights to that contest.

"If it was the difference of £10 million each that’s different, but it’s not, it’s double to go somewhere else, and it can’t be ignored. Especially with a fight like that, it’s a one-off. Prince Khalid loves his boxing and that’s one of the reasons why we’re in the relationship, and there’s going to be many, many more. It’s big plans now for Saudi. The first one was so successful that it’s really the go ahead to do three or four more in 2020."

[QUOTE=_Rexy_;20354387]Also, Eddie is just being Eddie on this Saudi Arabia doesn't allow jewish visitors. So no, Bob Arum will not be having Fury fight in Saudi ****ing Arabia :lol1:[/QUOTE] They don’t allow Israeli passports....but yes, it’s a Jew hating country…

[QUOTE=_Rexy_;20354387]Also, Eddie is just being Eddie on this Saudi Arabia doesn't allow jewish visitors. So no, Bob Arum will not be having Fury fight in Saudi ****ing Arabia :lol1:[/QUOTE] Hearn is also jewish.

Also, Eddie is just being Eddie on this Saudi Arabia doesn't allow jewish visitors. So no, Bob Arum will not be having Fury fight in Saudi ****ing Arabia :lol1:

[QUOTE=SteveM;20353592]Americans have lost their biggest fights to another world for decades! It's called Vegas. Tickets beyond the reach of the average fan.[/QUOTE] Thank god Eddie is putting fights in Saudi Arabia then....for the fans

[QUOTE=JLC;20353380]True. And what else is funny is that is exactly what Hearn was saying about Wilder v Joshua a couple of years ago when he was offered 50m. “yea the offer is real, but the UK fans deserve the fight…